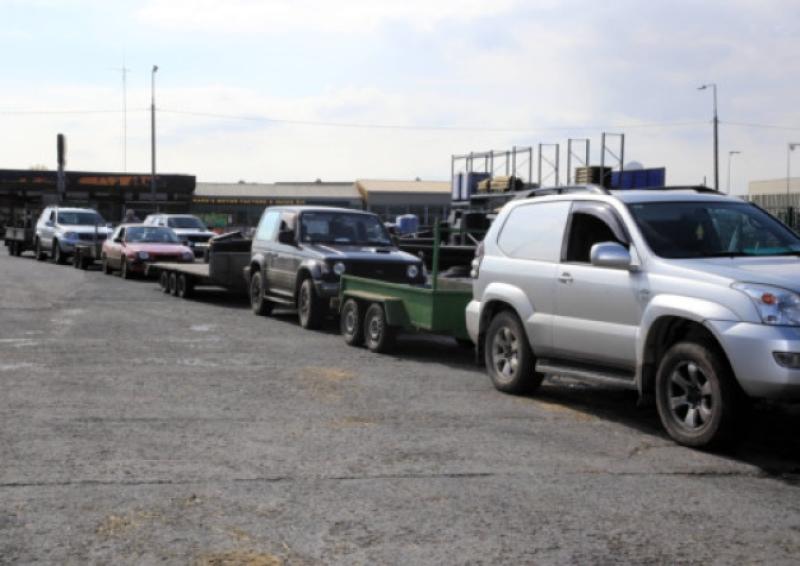 Increasing fodder shortages, bad weather and poor ground conditions have left many local farmers struggling to feed cattle and unable to make plans for cutting silage and hay for next winter.

Increasing fodder shortages, bad weather and poor ground conditions have left many local farmers struggling to feed cattle and unable to make plans for cutting silage and hay for next winter.

Last Friday tonnes of haylage from France arrived at Lakeland Dairies and Connacht Gold co-ops in Longford town. Hundreds of farmers from across the county queued in the rain to avail of the cattle feed, which IFA has warned is a short-term measure to help farmers who have run out of fodder altogether.

North Longford farmer, Séan Conefrey spoke to the Leader about the difficulties facing farmers, and he also pointed to the increasing levels of depression and suicide that has now become evident in the farming community. Although Mr Conefrey has fodder, many of his neighbours and friends do not, and he said that those that had feed were doing their best to share supplies with struggling counterparts.

Last week, Longford IFA chairman, Andrew McHugh warned of the impending problems, and said that the importance of farmers “talking to each other” had never been more necessary.

“The start of all these problems was the poor spring and summer of last year,” Mr Conefrey said, adding that the adverse weather conditions of last June “were the icing on the cake”.

“It rained and rained and work got postponed - then when silage was eventually cut, it was poor quality and there was less of it.”

He went on to say that while everyone did the best that they could do under the circumstances, many farmers found themselves having to put stock back in as early as last July. “Then, fodder that was just after being made had to be fed to the cattle,” he added. “Cattle were in and out for a few months after that and the fodder was used up, it’s as simple as that. After that there was hope for a good spring this year, but the reality was that fodder supplies were low and not good quality. It was wet and ground conditions deteriorated - the land just wasn’t able to carry numbers.”

Mr Conefrey added: “The reality is that farming is so weather dependent and at this stage we need a good run of it; it has been crisis after crisis for farmers over the last 12 months and there are plenty of farmers who have run out of fodder altogether. Any farmer in north Longford that has fodder is helping - as best he can - those who have none. Some farmers sold fodder earlier in the year and now they find themselves having to go and buy in fodder.”