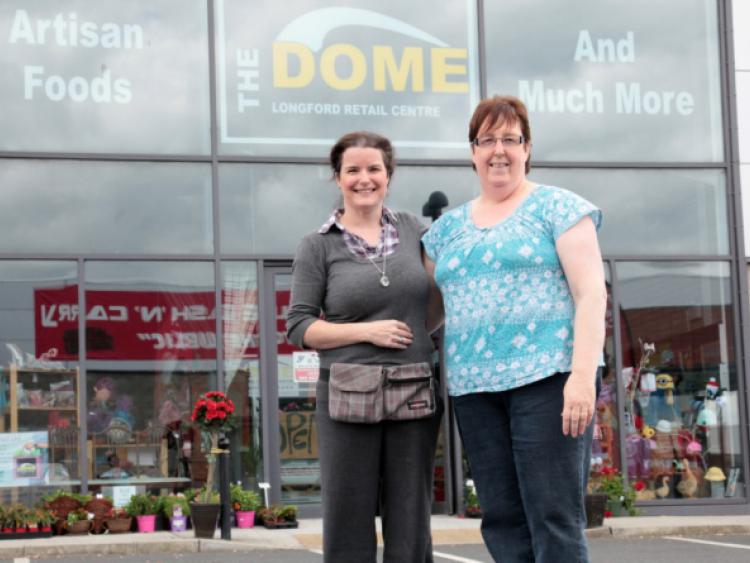 It comes after, ‘The Dome Retail Ltd’ confirmed its plan to close down by the end of the month.

Breda O’Loughlin, who runs the ‘Sparkles Jewellery’ in the Dome said even though their headquarters at a unit inside the N4 Axis Centre has yet to be valued, rates still apply. .

“We are only open two to three days a week and from what we have heard so far, we would have been looking at around €12,000 a year.

“To get by, we would need four permanent traders so it just wasn’t sustainable,” she said.

Both Ms O’Loughlin and her business partner, Jacinta Brierton set up ‘The Dome’ last July, offering traders a location to sell everything from jewellery to hardware.

As those changes take shape her colleague Ms Brierton hopes to follow suit by likewise relocating.

“I want to try and keep my business in Longford because only for the people of Longford I wouldn’t have had a business over the last three years.”

But it’s not just rates which have taken its toll.

Rising energy costs have played their part too.

“We have had a tough time with the ESB and I’ve cried a couple of times over it. What was happening was we were getting charged almost €100 a day for having just eight lights on,” said Ms O’Loughlin.

Rates are not the only problem facing local buisnesses. Although parking is free at the N4 Axis Centre, paid parking is a concern for businesspeople in the town.

Peter Dolan, from Longford store ‘Spirit Clothing’, admitted the wider rates problem was an issue that would not go away.

“Rent has come down in line with the market, but you don’t get anything for paying rates,” he said, as he also raised concerns over paid parking.

It was a view which was similarly shared by Longford business consultant James Morgan.

“A lot of people have had rent reductions to bring down costs, but rates have remained more or less the same.

“It might also be an idea for the council to look at perhaps rewarding those businesses that do pay their rates on time. That way, it might encourage people to pay more promptly,” he said.