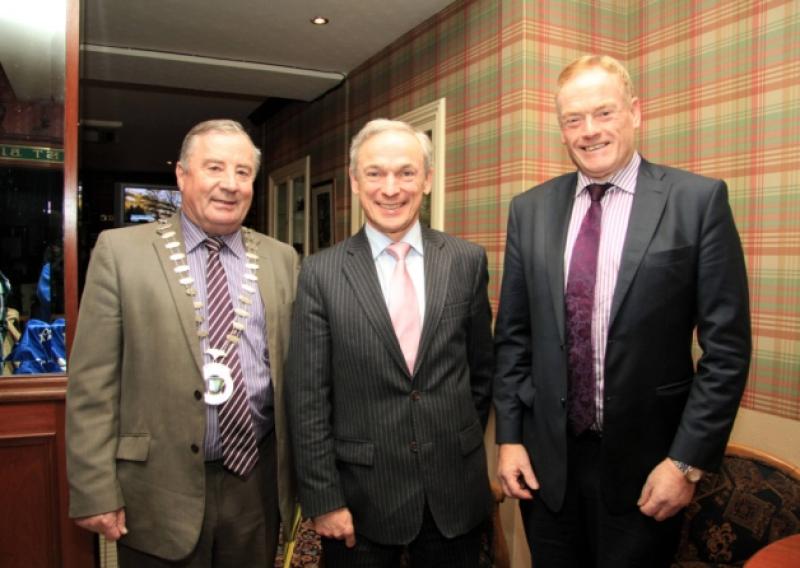 Minister for Jobs Richard Bruton said the reason why the media were excluded from last week’s jobs forum was to ensure businesses could talk openly about their everyday problems.

Minister for Jobs Richard Bruton said the reason why the media were excluded from last week’s jobs forum was to ensure businesses could talk openly about their everyday problems.

The Dublin North Central TD was responding to questions put to him by the Leader as to why journalists were not allowed to attend last Tuesday evening’s meeting at the Longford Arms Hotel.

Flanked by party colleague James Bannon and a Fine Gael party official, Mr Bruton said the evening was one of several similar get-togethers that had been held nationwide.

“It’s to give people a chance to say warts and all what they think of initiatives and I think a lot of people feel that they can talk to the agencies honestly.

“We need to have an open meeting where people don’t feel inhibited,” he said.

Around 100 people turned out for the sit-in, many of whom wanted to hear what Mr Bruton and the Government were hoping to introduce at a local level.

Speaking to the media ahead of the meeting , Mr Bruton was also pressed as to why Longford had failed to attract any visits by IDA chiefs since 2012.

He accepted the Government state agency underwent a testy period during Ireland’s economic crisis, but cited foreign investment initiatives like Connect Ireland as a way of arresting that slide.

“The IDA has had difficulties right through the recession but it’s encouraging to see the numbers employed in IDA companies has increased in the last 12 months,” he said.

The recent gains made in Longford’s retail sector, illustrated last week by Costa Coffee’s expansion plans were positives, he said.

He highlighted the importance of manufacturing in Longford and in particular pointed to the successes of local timber firm Glennon Brothers.

“Longford is very much manufacturing county with a range of strong companies.

“Next year in 2014 we are planning to have an uplift for all our manufacturing firms, help companies raise their ambition and put in programmes behind that,” he said.