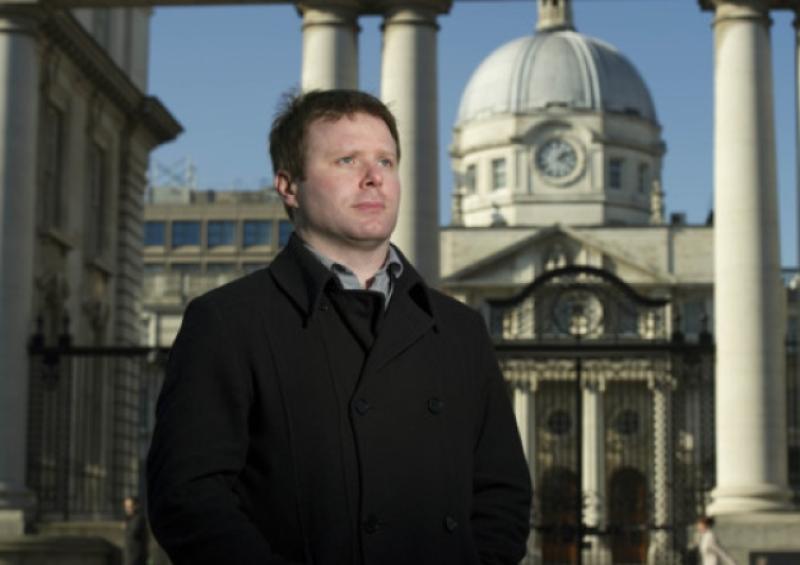 Journalist Gavin Sheridan, who is originally from Longford, found himself in the headlines in recent months due to his work in seeking information from public bodies under the Freedom of Information Act and Access to Information on the Environment Regulations.

Journalist Gavin Sheridan, who is originally from Longford, found himself in the headlines in recent months due to his work in seeking information from public bodies under the Freedom of Information Act and Access to Information on the Environment Regulations.

His information requests have even resulted in landmark decisions at High Court level, such as the recent ruling that NAMA must comply with requests for information, despite the agency strenuously contesting that such requests did not apply to it.

“I grew up in MacEoin Park and I went to school in St Michael’s, but we moved to Cork when I was 11,” Gavin says when asked about his local connections. “My father’s side of the family are from Teffia Park, and my mum is from Killoe.”

Gavin’s route into journalism began when he undertook freelance work during his teens, and after a stint working for the Irish Examiner, he joined Storyful – a revolutionary news agency established by former RTÉ journalist Mark Little, which collates news stories using social media sources.

“I was employee number two,” he says. “My main role there now is building software for monitoring social media content.”

Talking about his information freedom work, Gavin says he became interested in the area whilst he spent some time living in the UK.

“I was living in England in 2003 and I got to know some people involved in the area of using technology for transparency purposes.” This inspired Gavin to establish TheStory.ie alongside Mark Coughlan, a website dedicated to processing and publishing Freedom of Information requests. “Some people had done it before, but we decided to do it systematically.”

These requests come at a cost, with a number of processing fees involved. Gavin was lucky in this regard, as readers of his blog offered to help out with this problem.

“One of the lucky things that happened when we set up the blog was that the public came to us and asked us ‘what can we do to help?’ People started offering us money without us even asking.

“The request we sent to NAMA came out of that same process in 2009,” he continues. “When we were looking at the regulations, we found that nobody was using AIE (Access to Information on the Environment) requests because nobody had really heard of them – not even the media. We didn’t really mind what law we were using as long as it was there, and FOI wasn’t applicable because they were not included under that act, but AIE has a different definition of what a public authority is, and when we read the definitions, the interpretation we arrived at was that NAMA was a public authority.

“We sent a request to NAMA in early 2009 seeking information on things that were of an environmental nature – as that’s what the regulations allow for – and they denied that they were a public authority. We then went through an appeals process with the Information Commissioner. A lot of legal submissions were made by us and by NAMA, and the commissioner eventually decided in 2011 that we were correct.”

Whilst victory was close at hand, it still wasn’t straightforward. “NAMA disagreed with the commissioner’s ruling and appealed to the High Court,” Gavin says. “The decision came through last week that the commissioner was correct and NAMA was wrong and that we do have an entitlement to request information from them under AIE regulations.”

Speaking about the success, Gavin says it has made public bodies more transparent, which is good for the people: “All bodies established under statute are now de-facto public authorities under the AIE regulations, as are all companies under the Companies Act whose shares are held by the Government, amongst others. It’s an expansive definition of what a public authority is, which we think is good for the public.”