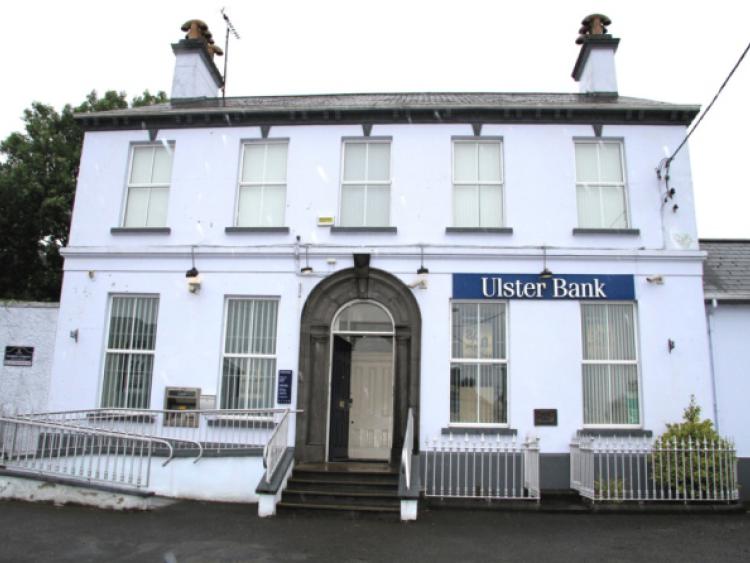 One of the main reasons behind the decision of Ulster Bank to close its Granard branch was down to the rising prevalance of internet and mobile banking, the Leader understands.

One of the main reasons behind the decision of Ulster Bank to close its Granard branch was down to the rising prevalance of internet and mobile banking, the Leader understands.

In July, senior management confirmed plans to bring an end to its 145 year long association with the market town.

The decision came as part of a wider announcement that included the closure of six more branches nationwide as well as three sub-offices.

It still remains unclear as to what promopted the move as banking representatives opted to meet with local politicians and business owners behind closed doors.

Almost eight weeks on, the Leader has learned during that exchange which has never been made public, management outlined the real motives for the closure.

It’s believed a key factor lay in the Granard branch’s relatively low number of deposit accounts when compared to other areas.

A second catalyst is believed to be linked to the fall-off in those seeking finance and credit.

Among the onlookers listening on at that meeting was Fianna Fáil’s PJ Reilly.

He also revealed fears now exist over hopes the bank would retain ATM services in the town.

“We were told (at meeting) that there was a below average number of accounts and that it wasn’t a very active branch.

“There was also very few people coming in looking for car loans, house extensions, farming loans, that kind of thing.

“And then it was put across that if it didn’t suit people to move (business and accounts) to Longford, there was an alternative bank already in the town.”

Cllr Reilly said the bank had been hoping the continued presence of an ATM machine would perhaps soften the blow of its closure next month.

That arrangement would have involved a business or businesses taking on its managership on a daily basis.

“I don’t think anyone took them (Ulster Bank) up on that offer,” conceded Cllr Reilly.

Meanwhile, a spokesperson for Ulster Bank refrained from commenting specifically on what was discussed at the meeting.

He did maintain the bank were still keen on ensuring some form of ATM service would remain in the town.

“That is still being explored,” he said.

“It would be a stand alone unit in a business and be mutually beneficial.”