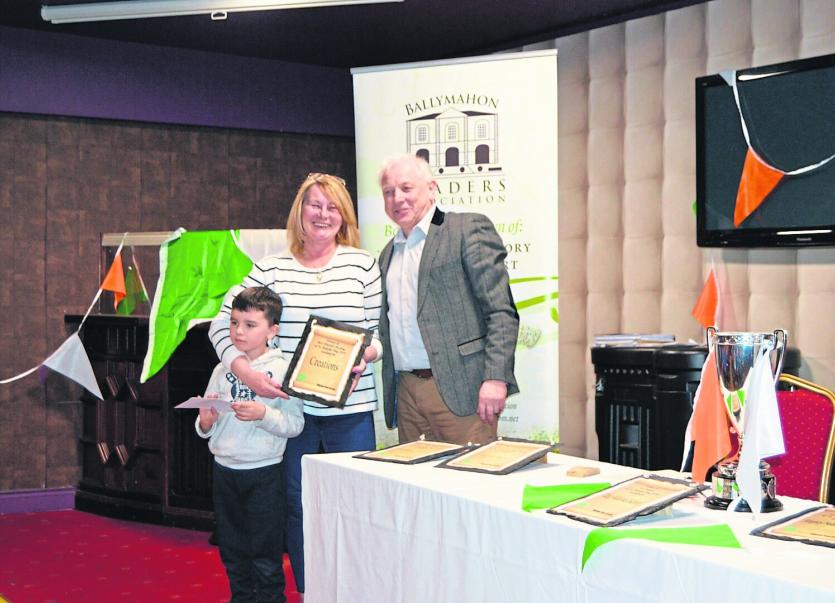 The Ballymahon St Patrick's Day Parade Committee held a very enjoyable evening in Cooney's Hotel on March 29 for the presentation of prizes to the winners of the various categories.

-First prize of €500 euro and the Perpetual Cup went to Tang National School.

-The prize for a great overall effort went to Forgney National School.

-Breege Murray was on hand to collect the prize for the Bog Lane Theatre who were the best local entry.

-The prize for the most colourful entry went Colehill National School

-Taghshinny National School won an award for their entry on environmental awareness.

The committee Chairman Pat O'Toole thanked all those present for their excellent floats and presentations and described this year's parade as arguably the best ever.

He announced that the theme for the 2020 parade will be based on climate change, global warming and all things of an environmental nature and encouraged all present to put in as big an effort if not better than this year.