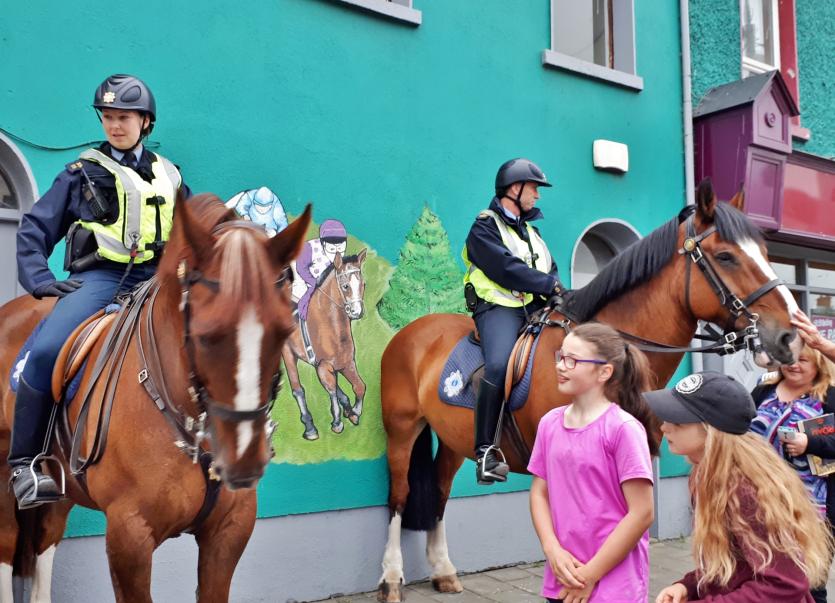 Spectators gather to catch a closer glimpse of the Garda Mounted Unit in Ballymahon last Friday.

All eyes may have been on the musical talent on show at last weekend’s Leinster Fleadh in Ballymahon, but there was equally as much intrigue directed at the presence of the Garda Mounted Unit.

According to Longford Supt Jim Delaney, the reaction from those in attendance couldn’t have been more positive.

“There were no incidents, it (garda mounted unit) was well received by all,” he said.

“It ensured there was a great buzz around Ballymahon all weekend.”

It was the second time in a matter of weeks the Gardaí's Mounted Unit visited the streets of County Longford.

That occasion which was held over four days at the end of June likewise passed off without incident.

“I must applaud the role of the Gardaí on what was a very successful weekend,” he said.

They were remarks another JPC member, Cllr Pat O'Toole attested to when reflecting on the weekend events in Ballymahon.

“Everyone I met spoke only had good things to say about the Gardaí,” he said.

“There was also gardaí spotted out on their bicycles giving directions to people and chatting to them which went down very well.”

“The younger children too were taken back by it all because many of them wouldn't have probably ever seen a garda on horseback before.

“The whole event was managed very successfully from start to finish.”