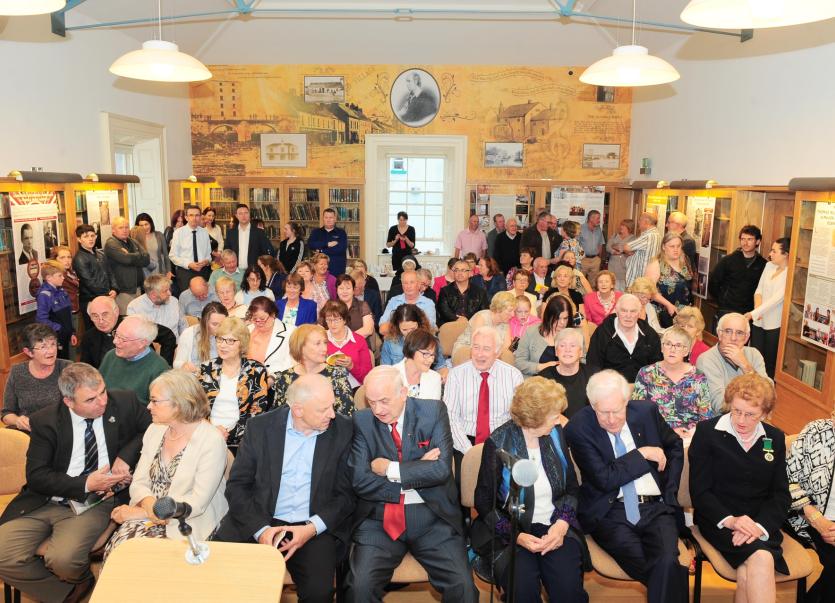 There was great excitement in the south Longford town of Ballymahon on Monday night last as the local community and those from further afield joined together to celebrate the official opening of the Leinster Fleadh, which will run until this coming Sunday, July 16.

The organising committee and local businesses and residents in Ballymahon have worked hard to organise a countywide, weeklong programme of festivities, which will include a wide selection of outdoor and indoor events, workshops, trad sessions in the pubs, singing, dancing, aifreann tradisiúnta, tours, promotion of Irish language events, open air Gig Rig and most importantly the Leinster Fleadh competitions where competitors from the 12 counties of Leinster will compete for places in the All-Ireland Fleadh in Ennis 2017.

The Fleadh will allow the county to showcase the best of Longford's local talent and will see people arriving in their droves from various parts of the province.
In one of his first official events since being elected Cathaoirleach of Longford County Council, Cllr Martin Mulleady welcomed the Fleadh to the county at the official opening on Monday.
“I know this Fleadh comes around every 12 years and for Ballymahon, it's a great thing for ye to get this,” he said, pointing out that there would be over three thousand competitors taking part in the competitions over the weekend.
At the official opening, Chairperson of the Fleadh Laighean Executive Committee Attracta Brady noted how important events such as the Leinster Fleadh are for the heritage of the country.
“We need to be the gatekeeper of this culture and this heritage; of our teanga Gaeilge, our music, our storytelling, our singing, our sean nós dancing, our step dancing, our céilí dancing, our set dancing,” she said,
“All of those have to be minded. It is something unique to this country and it is something unique to us.”
She went on to congratulate all who got involved in the preparations for the Fleadh and to thank the various organisations that supported the organisation of the event.
“I'd like to say thank you to everyone who attended tonight and, as a final little nugget, I declare this Fleadh officially opened,” she concluded to cheers and rounds of applause from the watching audience.
The Fleadh will run until Sunday July 16, with a range of trad sessions, competitions and events taking place throughout the week, and even a campsite being erected on the GAA grounds on the N55 for visitors.
To top it off, the weather is promised good for the weekend so make sure you pay a visit to Ballymahon.
For the full programme and more information, see www.leinsterfleadh.ie