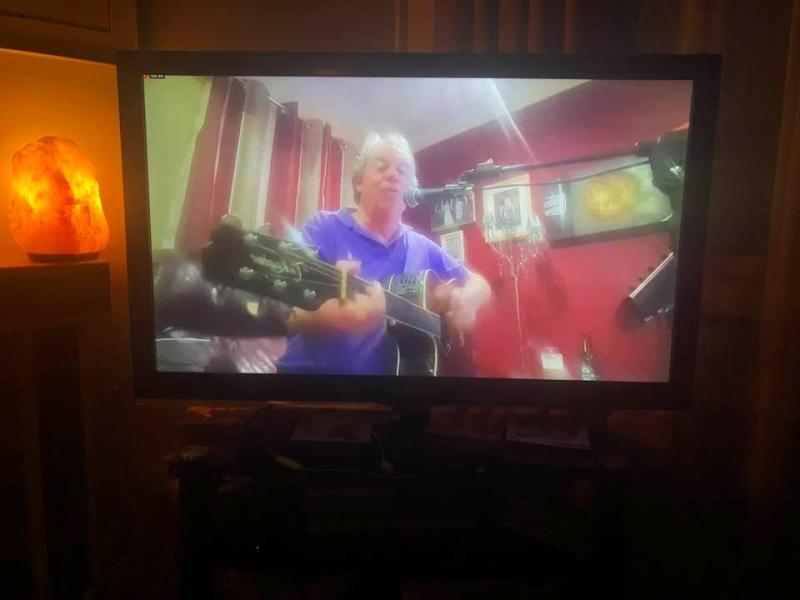 Sean would normally be playing in the Longford Arms Hotel most Sunday nights, however, since the arrival of the Covid-19 pandemic that hasn't been possible.

So instead, Sean, now performs to his followers and audience from 9.30pm until 11pm every Sunday night from his sitting room and his performances are proving to be quite the hit, attracting a large following.

To tune in , check out Sean Hussey's Facebook Page

It is a lovely gesture from Sean and playing the music and performing via Facebook has helped him and wife Mary get through the lockdown.

In 2011, Sean met and spent time with the international performing legend Neil Diamond.

As a singer of Neil Diamond’s songs, Sean has been a lifelong fan of the American artist.

Sean and his wife Mary won the opportunity of a life time to meet him following Sean’s performance of a Neil Diamond song ‘I am I said’ on John Murray’s RTE Radio One programme.