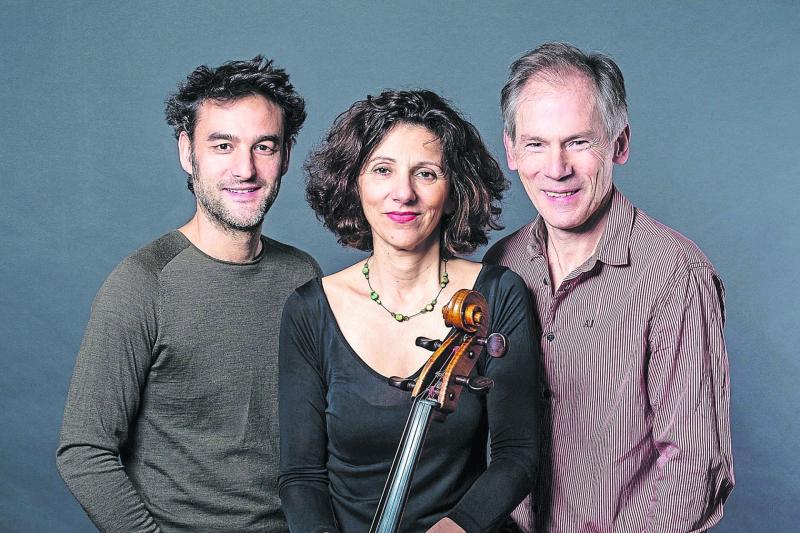 The Saltarello Trio will play at Tullynally Castle on March 7

A very special and entertaining evening of music at Tullynally Castle is due to take place on March 7, 2020.

Featuring a new specially commissioned Music Network composition by violist and composer Garth Knox, the programme for the evening highlights the many connections that exist between the music of today and that of hundreds of years ago.

Only a few days beforehand, Saltarello Trio will perform in Paris on February 25, in a performance promoted by Centre Culturel Irlandais with support from Culture Ireland.

Combining their collective and vast experience of classical and contemporary music with the textures and colours of folk music, the trio fuses all three styles to inform the programme’s witty arrangements.

With swirling string lines and tasty percussion to open a new window on old music, the trio proves that a good tune can speak easily to all of us, no matter what the language, no matter when the time.

At the forefront of the new music scene, Garth Knox draws on his vast experience as viola player and composer, collaborating closely with some of the leading composers of today.

With Irish and Scottish roots, Knox is a unique performer taking on many different music styles, ranging from minimalist understatement to the cutting edge of new techniques and technologies.

Garth has recently begun to explore the possibilities of the baroque viola d’amore in new music, persuasively bringing it to the present by creating a new repertoire for it.

Playing in ensembles of many different styles and aesthetics, Lemêtre has featured on many recordings such as La soustraction des fleurs by Jean-François Vrod, L’Ensemble Cairn directed by Jérôme Combier, Adieu mes très belles by Matthieur Donarier and Sonore Boréale, a solo album based on texts by Olivier Mellano.

Vesterman performs the sonata repertoire with pianist Jean-François Bouvery, 20th Century pieces by composers such as Britten, Ligeti and Crumb, and contemporary works from composers including Saariaho, Sarhan, Bacri and Greif, among others. She has performed the Bach Cello Suites many times in France and abroad in unusual settings, seeking new angles of interpretation to make them more reachable for larger audiences.

Tickets are priced at €25 (students and under 18s are half price). The concert takes place on Saturday, March 7. Doors open at 7.30pm and the show starts at 8pm.

Tickets can be booked via Eventbrite by emailing derravaraghmusicassociation@ gmail.com or calling 0876839061.