Johnny McEvoy to perform at the Greville Arms, Mullingar, this Friday 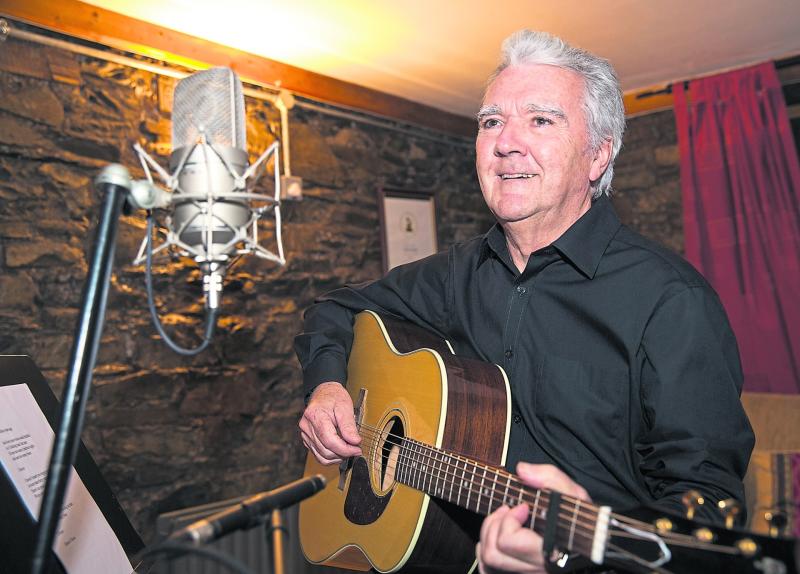 The term ‘living legend’ is sometimes loosely accredited to artists in the music business but certainly not when people speak about Johnny McEvoy.

Johnny has always been highly acclaimed for the quality of his live concert shows and when his early 2020 tour was announced it received a huge response from his legion of fans nationwide.

His current live show is called ‘A nostalgic Evening od Song and Story’ and features all of Johnny’s hit songs,including Mursheen Durkin, Boston Burglar, Long before your Time, Richman’s Garden, Michael Collins etc, many of these songs penned by Johnny.

His songs are hauntingly beautiful and evocative, always presented with an individuality that is unmistakably his own unique style. One can truthfully state that Johnny McEvoy has been one of the most enduring and talented singer songwriters in the Folk/Ballad genre in Ireland over the past 50 years.

His concert performances are second to none and incorporate a brief but relevant reference to the story of each song. The lyrical clarity of Johnny’s vocals combined with gentle backing from excellent musicians is a joy to listen and ensure wonderful and joyful evening of ‘Song and Story’.

Johnny McEvoy will perfom at the Greville Arms, Mullingar this Friday. February 21.