Get into the ‘Swing’ of it at Roscommon Arts Centre 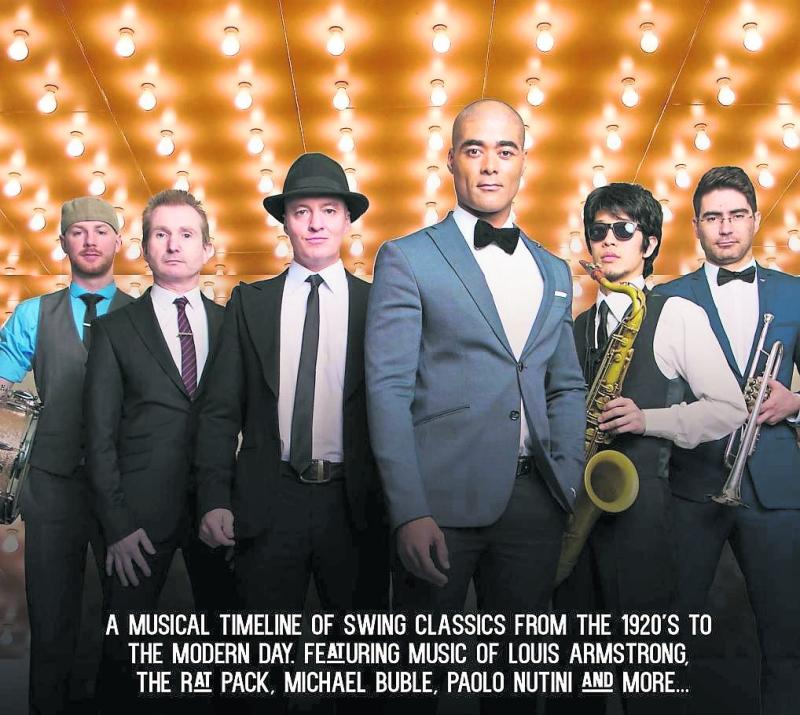 This Saturday night, the much anticipated performance by Luke Thomas and the Swing Cats takes place at Roscommon Arts Centre.

The Story of Swing is a musical timeline of swing classics from the 1920s to the modern day, featuring the music of Louis Armstrong, Fred Astaire, Bobby Darrin, The Rat Pack, Michael Buble, Paolo Nutini and more.

The show captures the full evolution of swing music from its birth in the 1920s to the big band era of the 30s and 40s.
From the golden age of the 50s and 60s with household name’s like Sinatra, Bobby Darrin, Andy Williams to the modern era of Buble and Nutini, this hugely popular show brings such classics as King of the Swingers, Puttin on the Ritz, Mack the Knife, Mr Bojangles, and many more to life on stage.

The Swing Cats and their award winning vocalist Luke Thomas have amassed a huge following throughout Ireland and Europe thanks to their distinctive sound and style which is steeped in the golden age of swing music.

They have sold out every major venue in the country including Dublin's Olympia Theatre, Vicar Street and National Concert Hall.

They can count Irish President, Micheal D. Higgins as one of their biggest fans and have been requested to perform at his residence four times.

Limited tickets still available for this weekend. For the latest ticket availability, contact the box office on 0906 615824 or check the show out online at: roscommonartscentre.ie .