The return of Foster & Allen to Abbeyshrule 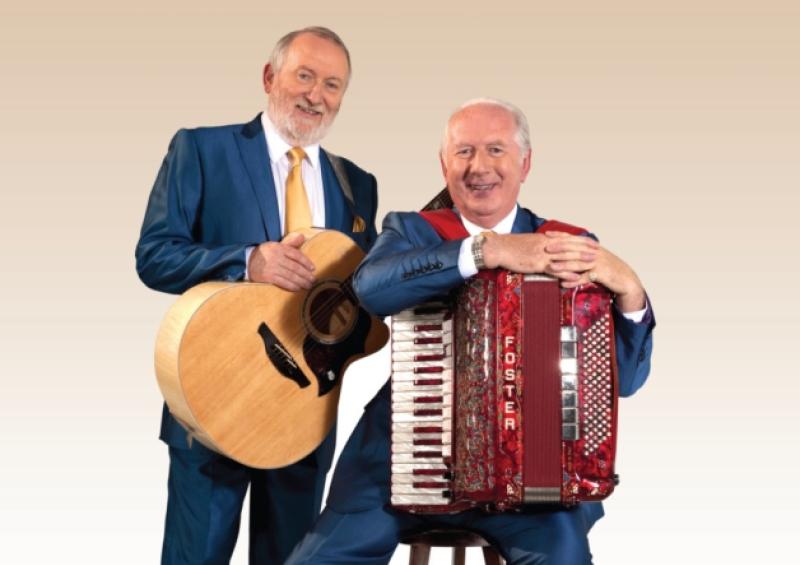 Foster & Allen are returning to Longford to celebrate 45 years on the road.

In 2020, one of Ireland’s most popular musical duos 'Foster & Allen' will return to Longford to celebrate 45 years on the road.

Having previously been fixtures playing concerts at the Rustic Inn, Abbeyshrule, Co Longford, Mick Foster and Tony Allen felt it fitting they return to the venue as part of their latest tour of Ireland, which began just this month.

Mick and Tony, who have sold in excess of 30 million albums worldwide, will take to the stage in the Rustic Inn once more on Monday, December 30, with doors opening from 7pm sharp.

The show itself will kick off from 8pm, with tickets priced at €30 each. Mick and Tony will play for two hours in total, with an interval in between each hour.

The upcoming show also coincides with the release of Timeless Memories, which features 182 tracks from ten of Foster & Allen’s most popular and favourite albums, many of which have not been reissued in Ireland or the UK for a number of years.

This includes tracks such as Maggie, After All These Years, Reminiscing, Reflections, Remember You're Mine, Souvenirs, Memories, Heart Strings, By Request, and Songs We Love To Sing.