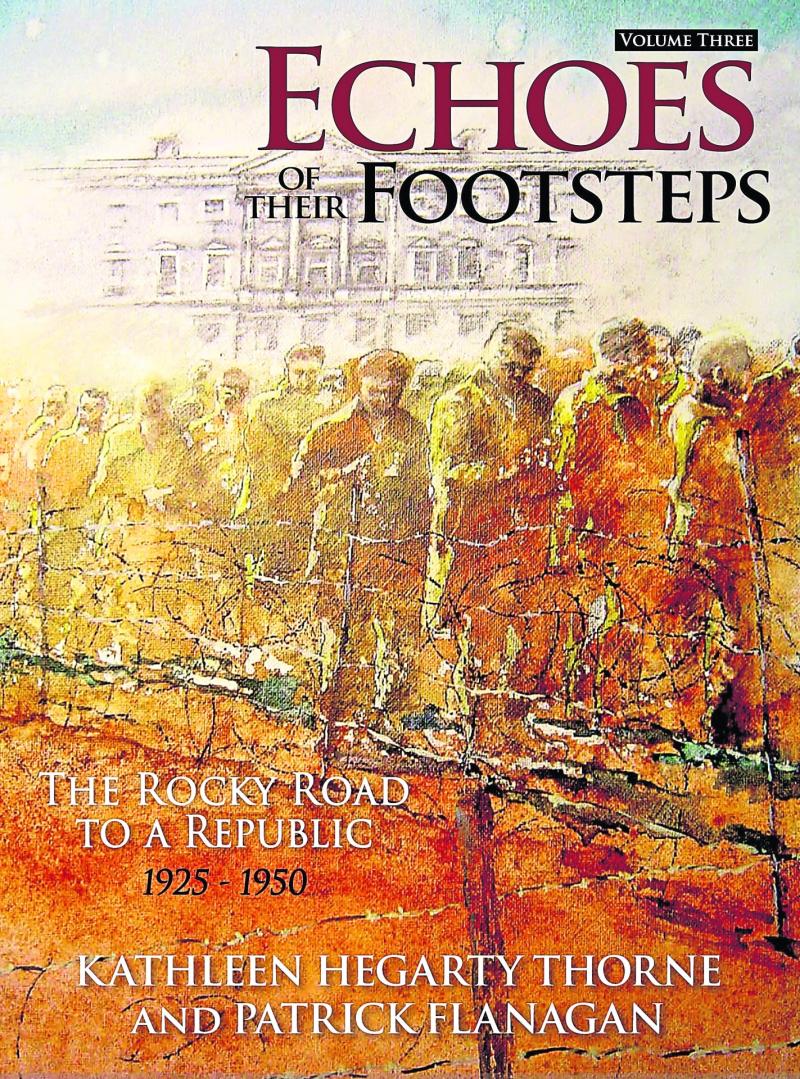 c, which has been put together by Patrick Flanagan and Kathleen Hegarty Thorne.

Echoes of Their Footsteps chronicles the day-to-day events throughout Ireland, accompanied by thousands of source references, hundreds of appropriate pictures and some charts.

Echoes of Their Footsteps: The Rocky Road To A Republic 1925-1950, a hardback of almost 700 pages, has just been published and is available to purchase online from generationpublishing.com.

Nearly half of this volume is devoted to a litany of the men and women who were imprisoned or interned in the Free State, Northern Ireland and various British prisons during World War II, over one thousand in all, including many from Co Longford.

There is no similar listing anywhere, and it was acquired laboriously over many years from records in the Military Archives, newspaper archives, prison autograph books, etc.

Volumes I and II are available in all Irish public libraries and third level colleges, as well as selected libraries and colleges throughout the world. Volume III is presently being donated to those same institutions.