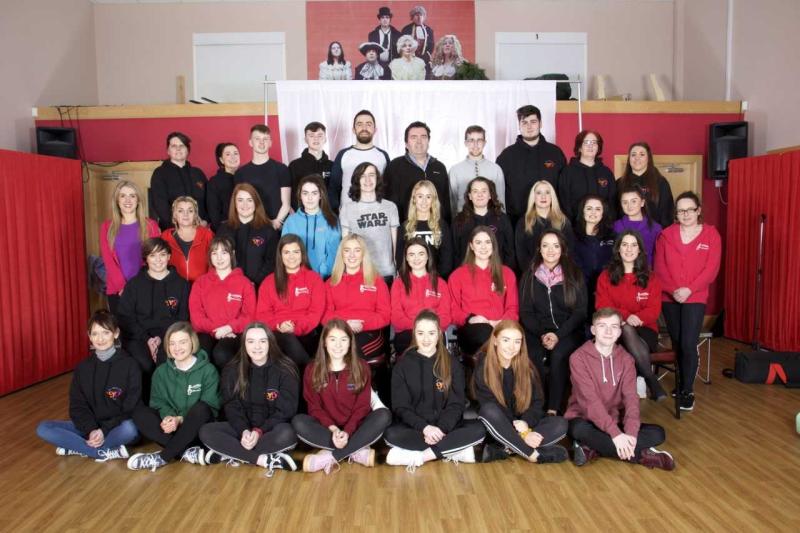 This year's show promises to be a good one, with familiar faces returning to grace the stage, such as Eimear Reynolds, who will play Dolly Parton’s iconic role; Doralee Rhodes, Natasha Brady as vulnerable and naïve Judy Bernly, Valerie Nolan as hardworking mother Violet Newstead and, Paul Hennessy as Franklin Hart, the egotistical bigot who runs the office.

The show focuses on the lives of the three women at Consolidated Industries, the office presided over by their sleazy, lying boss. Set in the late 70’s, it encapsulates what it was like to be a woman in the workplace at this time. The three women bond over their hatred of their boss and concoct an evil plan to get rid of him, once and for all.

The chorus brings the musical to life with their carefully choreographed musical numbers thanks to Tracey Carty of Evolution Stage School and talented music director, Vince Tully who sourced an eight or nine-piece orchestra of professional musicians for the musical.

Back again after last year's success with ‘Sister Act,’ is director Sean Power who is set to impress again.
The musical team are currently working very hard perfecting and adding final touches to the production and there’s excitement in the atmosphere as they anticipate the weeks ahead.

The musical opens on Friday, April 5 and will run 8pm nightly until Saturday, April 13. There will also be a Sunday matinee show on April 7, which will kick off at 3pm.

Tickets can be purchased via the Backstage Theatre office, backstage.ie or by calling 043 33 47888. Tickets are also available at Farrell Coy in Longford Town.