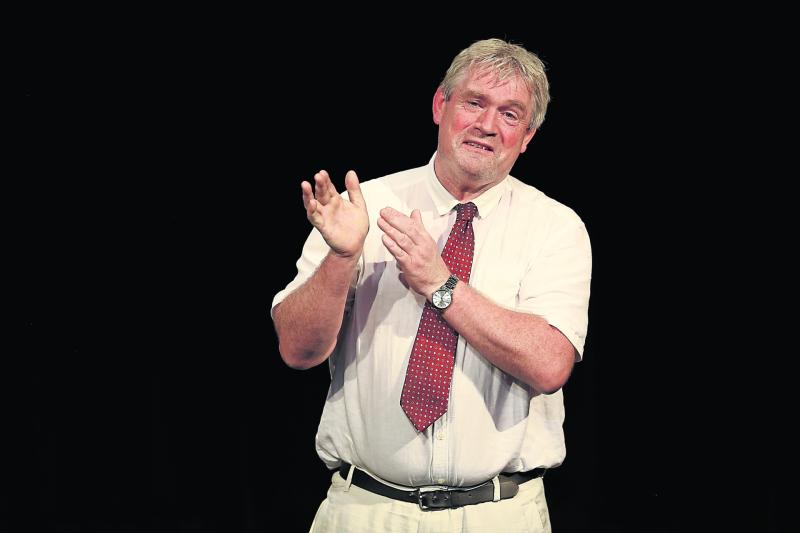 Leitrim actor, Seamus O'Rourke's comical new show 'And Thank You...' is coming to Abbeylara in February.

Seamus O'Rourke's hilarious new show 'And Thank You...' is coming to Abbeylara in February and it's a comedy not to be missed if recent reviews of the show are anything to go by.

The Leitrim actor is hugely popular for his hilarious sketches and online videos and this latest show promises to be a bellyful of laughs.

The play is about an ordinary man living in rural Ireland who gets saved… Saved from a life of pub talk and prophesising.

King John O’Sullivan used to be able to drink fifteen pints without having to piddle; now, it’s every nine. Going to the Gents so often can wear a man out.

The story is told by the Reverend Thaddaeus Clancy and O’Sullivan’s two sons, Larry O and Martin.

The sons run the family shop while Daddy, the King of McKenna’s Bar makes up the rules. It’s a story of hard work and success and dangling.

There’s bad driving and ice hockey and there’s falling down. When the ‘Divel’ starts to gnaw, the kingdom will fall.

'And Thank You...' comes to the Abbeylara Parish Centre on Friday, February 15. Show time is 8.30pm.

Tickets are €15 and can be purchased at PJ Farrel's, Abbeylara; Crawford's Bar & Lounge, Abbeylara; Dennistons, Longford; and the Greville Arms, Granard.