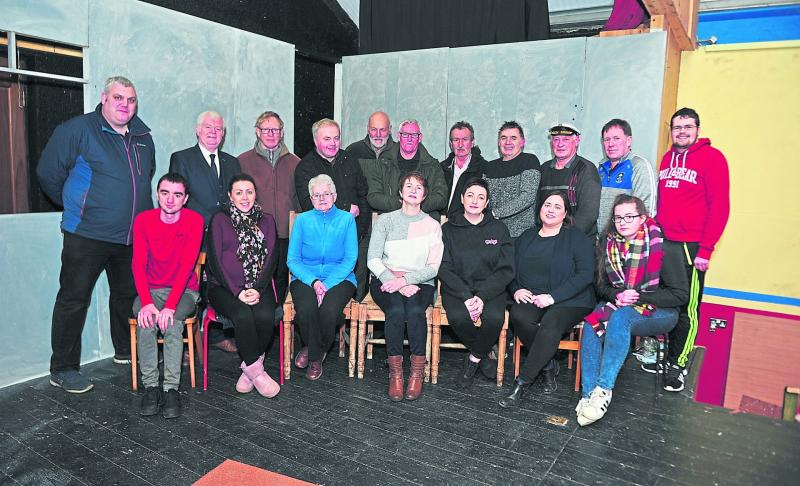 The cast of the Bea Masterson Drama Group's latest production, 'Juno and the Paycock', which comes to the Aurora Hall, Legan, next week.

Juno and the Paycock by Seán O'Casey is the latest offering from the Bea Masterson Drama Group in Legan and will be performed on February 8, 9, 10 and 11 at the Aurora Hall, Legan.

Juno and the Paycock is set in the Dublin tenements, or slums, during the Irish Civil War.

ALSO READ: John B Keane's 'The Field' to be staged in Legan's Aurora Hall

It tells the story of the poverty-stricken Boyle family: Jack Boyle, a self-centred man who spends his time with his pal Joxer Daly, up to no good rather than looking for work; his wife Juno, responsible and hard-working, who keeps the family together as best as she can; their son Johnny, who lost an arm in the Easter Rising and spends his days fearfully and anxiously at home; and their daughter Mary, a young and somewhat vain idealist currently on strike.

Throughout the play, we come across many other characters who have a big impact on the story.

We find Mary in a story of romance and fantasy; we meet an upper class school teacher called Bentham.

Things take an unexpected turn in Mary’s life as a result of her romance, which leaves a lot unimpressed.

The play also highlights the power of nationalism and divide, die hards and republicans amongst Johnny in particular.

There is illusion amongst the Captain Boyle and Mary Boyle, his daughter. There is betrayal, there is tragedy for a family when a group of soldiers come knocking on the door and there is power of fantasy.

But above all is the difference in the strength of one woman (Juno) and weakness of men highlighting, O’Casey’s view on Feminism.

There is also a great showing of support in a time of mourning from Mrs Madigan and chastising from Needle Nugent. There is also a devastated Jerry which turns to dismissiveness.

There are also appearances from neighbours, soldiers, sewing machine men and furniture removers.

The performance will start at 8pm nightly.