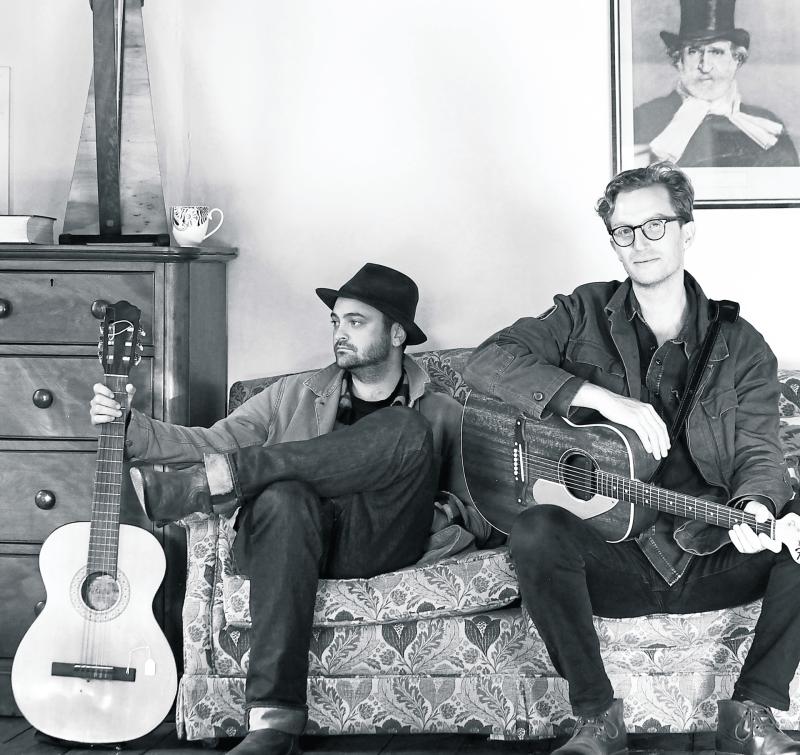 The Lost Brothers will perform at the Backstage Theatre this Saturday, December 15. Tickets via backstage.ie.

The Lost Brothers, Oisin Leech from Meath and Mark McCausland from Tyrone, have recorded a Christmas mini-album which includes three brand new songs 'Keep Christmas In The Heart', 'Seven Days Before Christmas' and 'Here Comes The Snow'.

The recordings were produced by Steve Shannon in Dublin and they feature special guests including Paul Brainard (M Ward, Decembrists, The Eels) Steve Wickham (The Waterboys), members of O Emperor and many more. Bonus tracks also feature Bill Ryder-Jones.

The Irish duo have put this Christmas release together in memory of the late Frank Murray who passed away in December 2016.

Frank managed The Lost Brothers, The Pogues, The Frames amongst many others and was a legendary figure in the Irish music industry.

“Frank was always telling us to record a Christmas Album and we finally have,” said Oisin.

“It was fun recording in Crumlin around the corner from where Phil Lynott was actually born. Frank and Phil grew up together just off the street where the studio is and they toured side by side with Thin Lizzy for years.

“All this was in the back of our minds as we recorded.”

“We called up a few pals and it all came together,” Mark explained.

The mini-album will have a digital release and physical copies will be available exclusively at The Lost Brothers upcoming Irish Theatre December shows this month, including a date at the Backstage Theatre this Saturday, December 15.

Special guests on the December tour are Seamus Fogarty, Howe Gelb, Sam Clague and Steve Wickham, some of whom will join The Lost Brothers for the main show which will be half acoustic and half full band performances.

“This is the first tour with a full six piece band including drums and bass that we’ve ever done,” said Oisín.

“Again, Frank was always encouraging us to try gigs with a full band and we are finally doing it. Should be fun.”