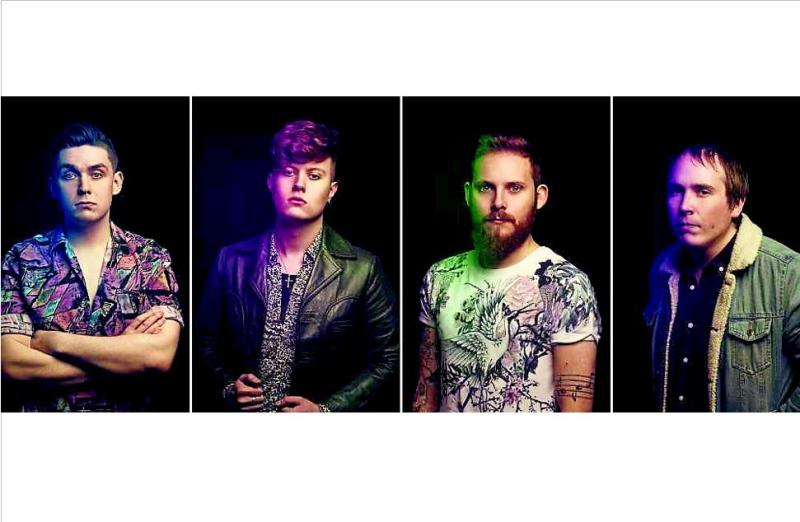 The completely soldout festival of the year, Electric Picnic, will kick off this weekend with a fantastic lineup of music and events ready to go.

And the lineup is only made better by the inclusion of popular up-and-coming Irish band, State Lights, who will perform on the Salty Dog Stage at 1:30pm on Saturday, and the Stage 2 Tent at 1pm on Sunday.

“We can’t wait to play Electric Picnic, it’ll be our first time performing at it so we’re super excited,” said Granard man, Joe Regan, who is the band's guitarist.

“We’ve gotten the amazing opportunity to perform on two separate stages across the Saturday and Sunday of the Festival too! Saturday we’ll be at the Salty Dog Stage at 1:30pm.

“We’ve heard great things about that stage and we’ll have a special guest singer for one of our tunes too, so that’ll be fun.

“Sunday, we’re opening the second biggest stage at the Festival, Stage 2, at 1pm. So, for any festival goers that aren’t too hungover and are eager to hear some new music, we’ll be there for them!”

State Lights are currently enjoying the success of their single 'Freedom', which was released hot on the heels of their previous song, 'Peace Will Come'.

Both releases were accompanied by colourful music videos, which can be viewed on the band's YouTube or Facebook pages.

In fact, the four lads performed 'Peace Will Come' on the Late Late Show earlier this year, just before the release of 'Freedom'.

And 'Freedom' was very well received, with Panti Bliss tweeting about the beautiful Dublin-based video.

Right now, though, the band is looking forward to the three-day music festival, which will see around 55,000 people flock to Stradbally to enjoy performances by top musical acts.

“It’s the perfect ending to what’s been a brilliant summer for us, off the back of our new single ‘Freedom’ and our appearances at various festivals around Ireland,” said Joe, referring to festivals such as the Longford Summer Festival, Castlepalooza and Art Beat Festival in Waterford to name a few.

“We’re also busy writing and recording new material and hope to have another single out before the end of the year, so keep your eyes and ears peeled for that,” Joe concluded.