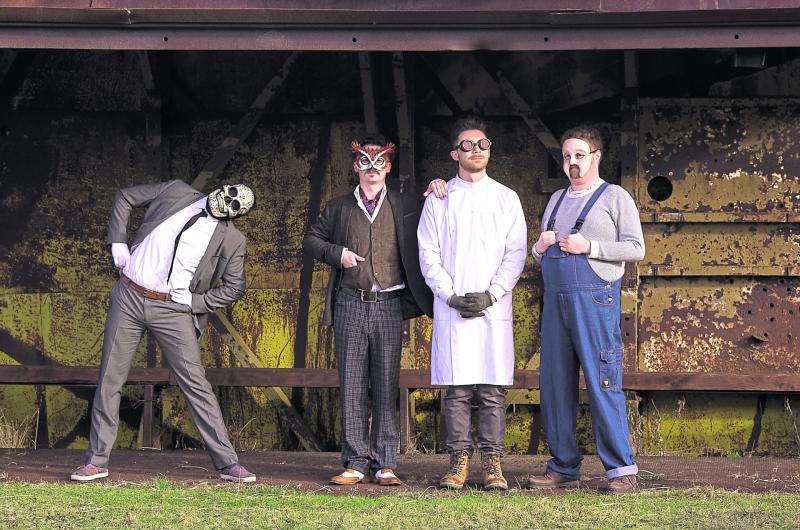 Dr Mindflip will entertain the crowds in Valentine's Bar at 10pm on Saturday night as part of the festival.

The creative pulse is due to hit Longford again this weekend as Cruthú Arts Festival returns to the streets of the town.

Starting on Thursday, July 26, there will be a range of musical, artistic and informative events taking place, with something to cater for everyone over the four day festival.

Kicking off proceedings on Thursday will be rising stars, State Lights, who will play an acoustic set in the Longford Arms Hotel front lounge at 9.30pm.

Friday is set to be a very busy day, with events starting up from early evening.

There will be an event by Longford Writers entitled 'Torc Tales', which, as the name suggests, will take place in Torc Café on New Street. This kicks of at 6pm.

Kids will delight at Joe Daly in the Backstage Theatre at 7.30pm while, at 8pm, ReActors One Act Plays will kick off in the Little Blue Room of John Browne's Bar.

Slam poetry is on the rise and fans of this art will be able to enjoy 'Crew Who?', a slam poetry night with All Ireland Slam Champion, Nuala Leonard from 10pm in Seasons, Market Bar.

Saturday will see events kick off from early afternoon with 'Little Folk' in the Backstage Theatre at 2pm, a silent disco in the Temperance Hall at 3.30pm and a screening by Still Voices Short Film Festival in the Council Chambers, Market Square at 3pm.

The evening is set to be just as exciting with Stephen Garland bringing his comedy show, 'The Post Disposed' to the Backstage Theatre at 8pm, and Dr Mindflip finishing off the night in the beer garden of Valentine's Bar at 10pm.

And, on Sunday, there'll be plenty for kids and adults alike as Bilberry Sunday kicks off in Ardagh at 11am; Joe will battle it out with Micheál in 'Battle of the DJs' at 3pm in the Temperance Hall; and there will be a screening of 'Eat the Peach', followed by a talk in the Council Chambers on Market Square at 3pm.

There will be a Family Fun Day in the Temperance Hall from 12pm to 5pm and the festival will close with an ensemble of members of Kila and Friends in St John's Church at 8pm.

But these events are only a small part of this weekend's festival.

Across the weekend, you'll stumble upon live street art across the town, pop up galleries in some of Longford's vacant retail units, and plenty of family fun events.

On Saturday and Sunday from 12pm to 5pm both days, there will be Mr Balloonatic, Water Zorbing and an Exploration Dome, bound to keep the kids entertained.

Also at various times on Saturday and Sunday, there will be performances in the Market Square by Taiko Japanese Drummers.

On top of all this, there will be a varied mix of workshops and classes to suit all festival-goers.
On Friday at 1pm, Mairéad Ní Chongaile will host an Architectural Battery Road Walk; Mags McKenna will kick off storytime in the Library at 11am on Saturday; and storytime will continue in the Temperance Hall at 12pm with local Nutritional Therapist and children's author Laura Thompson doing a reading from her latest books.

Also in the Temperance Hall at 12pm on Saturday, Longford Leader Journalist Jessica Thompson will give a talk for aspiring writers on being persistant in your chosen career path, while Longford Toastmasters will be doing a Storytelling talk at the same time.

There will also be a Future Female DJ Workshop with DJ Clodagh, and a range of Artists Workshops on Saturday at 12.30pm and 1pm to 4pm respectively - also in the Temperance Hall.

The Temperance Hall will also be a busy spot on Sunday, with an Irish Four Powers Haka workshop by Mark Usher kicking off at 1pm, and a Yoga and Mindfulness workshop with Matilde Crocini taking place at 12pm.