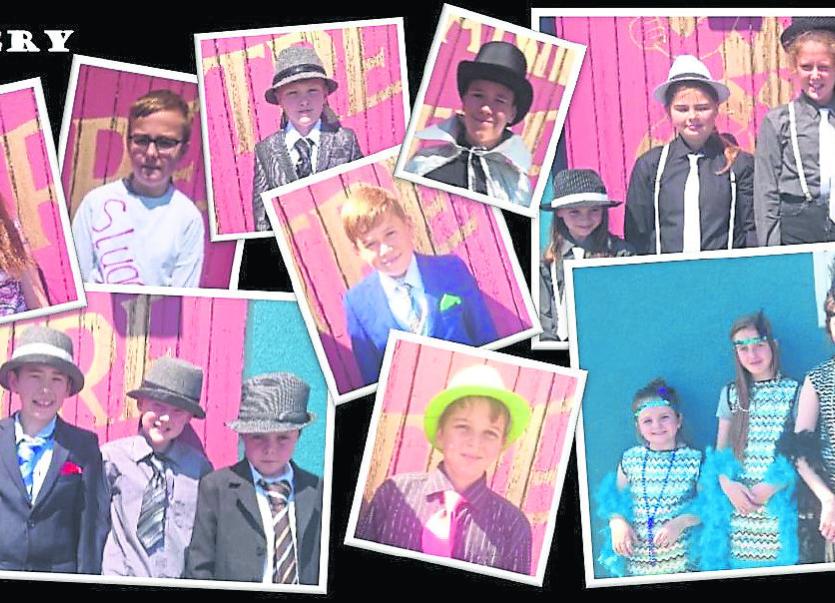 Theare goers were served up an artistic treat at Ballymahon's Bog Lane Theatre last week as it hosted Bugsy Malone - Let's do Bugsy!

Saturday and Sunday, July 7 & 8, heralded another performance by the Bog Lane Youth Musical Theatre group with their production of Bugsy Malone - Let's do Bugsy!

Having spent just 5-days Summer Camp working on the script, songs and drama the gang were outstanding for the two shows. "Well done to everyone on what was achieved in a week! Great shows!" said Carmel Maye-Burke who's two sons Connor and Ronan have starred in both of the Youth Groups productions.

"The kids had a brilliant week, unbelievably impressive of the cast and crew, well done!" agreed Dayna Solomon-O'Reilly who also had two sons, Josh and Tyler in the shows.

The Summer Camp was run by Ardagh Music Room working with the Bog Lane Theatre and ran for just one week with crew of Nora-May Pearman Howard, Josh McCormick and Connor Callan assisting with lighting and props and Adam Callan working with the cast on lines and character development.

"It was a very intense week, but great fun, we all really enjoyed it" said Deirdre Greene, also working with the children making props and crafts with them.

Sarah Gill aged 7 from Glen, said "The show was super, 5 stars!" as she came out, "Fantastic!" agreed Juliet Barry aged 6 from Carrickboy.

The week was a huge success and continues to bring young life back into the Bog Lane. The Bog Lane Youth Drama will be starting a project in September for performance at the end of November, contact the theatre for further information and registration.

The Youth Musical Theatre will be back at Halloween for a Christmas Nativity production - National School children only. To keep up-to-date follow both the Bog Lane Theatre and the Ardagh Music Room pages on Facebook.