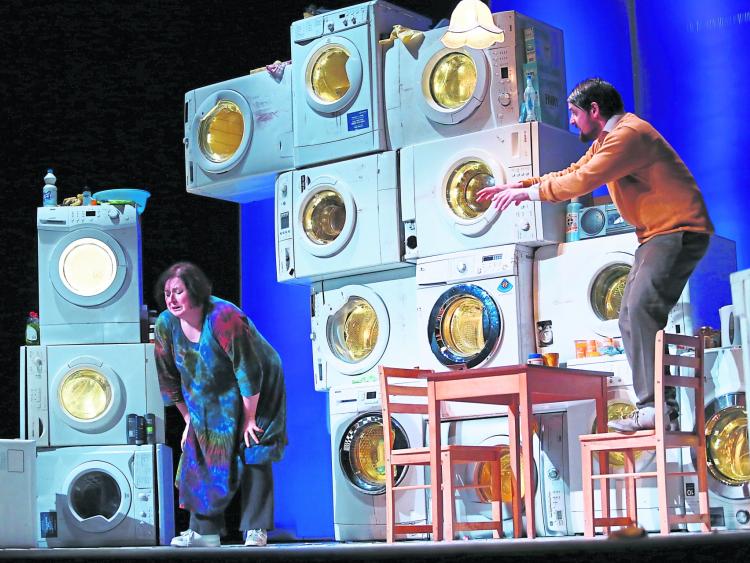 'Autumn Royal' comes to the Backstage Theatre next week.

Kevin Barry is the multi-award winning writer and his first play is set to make just as strong an impression with critics already heralding it as “first-rate work” (Independent) and “savagely funny” (Sunday Times).

May and Timothy (Siobhán McSweeney and Peter Campion, both of 'Derry Girls') are looking after their father – the father has long since taken to the bed.

Their own lives are curtailed, closed down, and they’re not getting any younger. Should they stay or should they go?

A dark, dark comedy, set on the north side of Cork city, 'Autumn Royal' is a play about life and death, love and hate, hysterical dependency, jealousy, rage, horror, and homicidal notions – or, in other words, it’s a play about a family.

Kevin Barry is the multi-award winning writer of the novels 'Beatlebone' and 'City Of Bohane', and the story collections 'Dark Lies The Island' and 'There Are Little Kingdoms'.

'Autumn Royal' is his first piece, written originally for stage, and was acclaimed by critics and the public alike during its world premiere run at the Everyman in 2017.

'Autumn Royal' comes to the Backstage Theatre, Longford. on Tuesday and Wednesday, May 15 and 16 at 8pm.