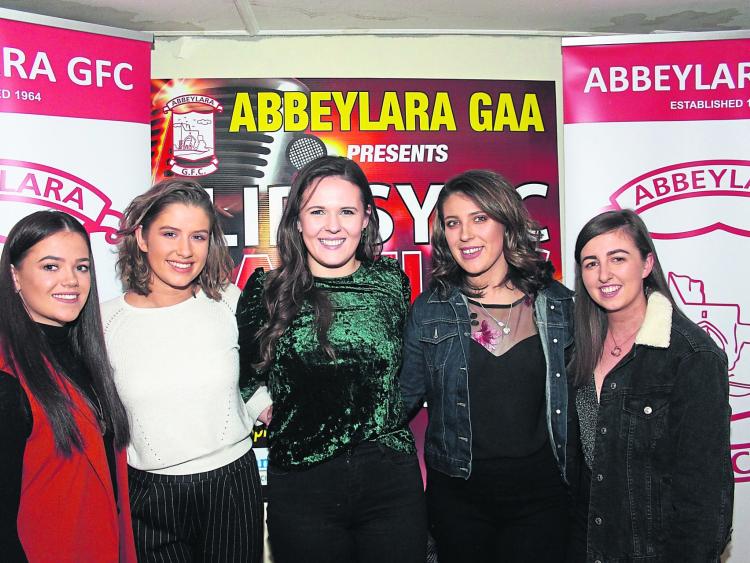 Abbeylara GFC will run its biggest ever fundraising event when they will host a Lip Sync Battles competition in the Park Hotel in Mullingar on Sunday, March 18.

Chairperson of the organising committee Irene Lynch, explained that this major fundraiser forms part of the overall strategy of the club to raise funds to complete the final stage of the development of the grounds to include new meeting facilities, upgraded dressing rooms, gym and tea making facilities etc.

“This is a project that will benefit current and future generations of footballers and club members alike for years to come.”

Lip Sync Battles was launched on Saturday night in Crawford's, Abbeylara with a number of participants and sponsors in attendance.

For the past number of months, a dedicated committee have been working away planning the upcoming Lip Sync event and the community are now really looking forward to the big night in the Mullingar Park Hotel.

Ms Lynch remarked, “It is hoped that this event will be attended by over 1,100 spectators with the audience coming from near and far.”

Ms Lynch outlined that the joint main sponsors are ‘Fields The Jeweller’ and ‘James J Doherty Ltd’, adding that a huge number of business have generously supported the initiative and the club are most grateful to them for that.

She said, “All sponsors and contributors will be acknowledged in the event booklet on the night. If anyone wishes to be associated with the event or would like to purchase tickets and have not been approached, all you need do is contact anyone within the club and we will discuss the details with you.

"The evening represents a unique opportunity to advertise your business to a wide and varied audience covering the Longford, Cavan and Westmeath regions.”