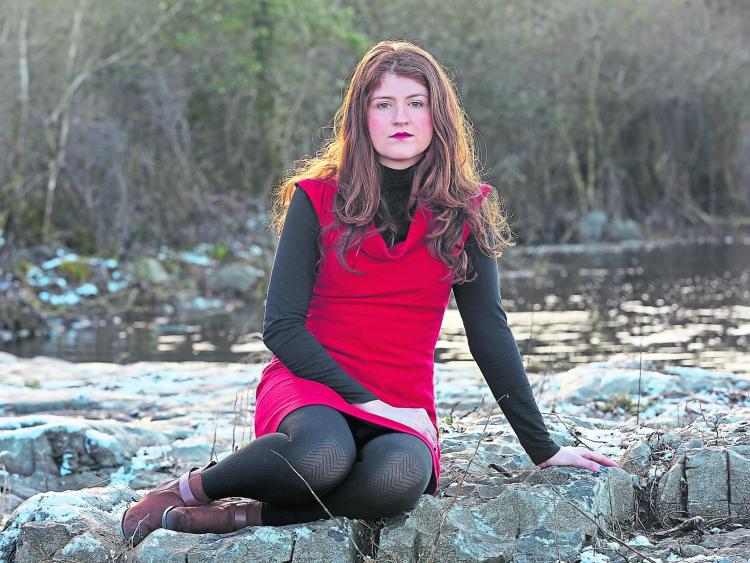 Edgeworthstown writer, freelance curator and Creative Writing tutor Dani Gill is launching her collection of poetry, 'After Love', this evening (Wednesday) in the Longford County Library.

The book is a collection of poems about love and heartbreak as well as identity.

In 2015, Dani ended a relationship with someone she'd been seeing for almost ten years.

As a result, she found herself writing what she referred to as her 'break-up poems'.

“I went to workshop with two other poets in September (2015) and I brought those poems and I said 'I don't think they'll see the light of day, but I just need to show them to someone',” Dani revealed in her Longford Lives interview for last week's Leader.

“And they read all the stuff and they said 'this is brilliant, to have to go with this'.

“So that became the collection, 'After Love', and I suppose it's really not a book I intended to write.

“It is very personal; it's not very cloaked. I didn't really hide from it. I got to a point with it where you either need to keep going or stop. So I kept going.”

The collection includes a lot of love poems and poems about heartbreak, but there's a strong theme of identity running through the book too.

“That was something I was interested in - the idea of who are you by yourself? Who are you without the key relationships that often define people?

“And I think that's true of everyone - we're defined often by our friendships, our familial bonds, everything,” Dani explained.

Dani will launch 'After Love' this evening, Wednesday, February 21, at the Longford County Library at 7.30pm.

The book will be launched by author, Lorne Patterson, who will be a guest speaker at the event.