Spring into the new season with Longford's Backstage Theatre 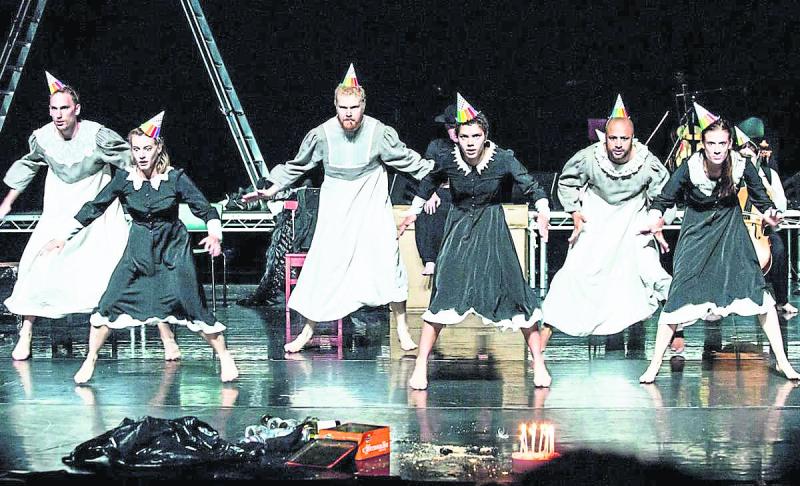 Audiences are spoilt for choice this Spring at Backstage Theatre as, not one but two, of the country’s most anticipated shows of 2018 are making their way to Longford along with a host of shows to suit every taste, age and mood.

Druid Theatre are making their eagerly awaited return with their critically acclaimed version of Waiting For Godot.

Director Garry Hynes has focused on bringing out the comedy of Beckett’s work with The Irish Times heralding it as “ the freshest, funniest and most affecting production of the play”.

Having sold out in Moscow, London and Sydney Opera House, Michael Keegan-Dolan’s “utterly original…utterly brilliant” adaptation of Swan Lake (Loch na hEala) comes to Longford, where Keegan-Dolan has based this adaptation.

Winner of Best Production & Best Costume in the 2016 Irish Times Theatre Awards, Swan Lake/Loch na hEala comes to Backstage for two nights only after a week long run in The Abbey Theatre and New Zealand.
With tickets already flying, Backstage are recommending early booking for anyone who wants to catch this stunning show.

Keeping on the drama front, the renowned Decadent Theatre Company bring Someone 'Who’ll Watch Over Me' by Frank McGuinness, based on the abduction of Brian Keenan in Lebanon; gripping and unmissable.

From Under the Bed, the latest offering from Seamus O’Rourke takes to the stage during May Bank Holiday weekend and is certain to be another sell out success for the local man.

More local talent on display in Dolmen Theatre group's production of See The Light of Day by Lanesboro’s own Liam Finnegan, and the comedy Bookworms presented by BTG will feature a host of talented Longfordians.

State Lights featuring Lanesboro musician Joe Regan, are back for what promises to be another cracker of a gig and The Libertines will be paying tribute to The Dubliners in All for Me Grog. Isla Grant returns with husband Al and Jack L is nearing the coveted sold out mark so early booking is advised.
Fans of literature will be thrilled to know that Alan McMonagle and Pat McCabe will be joining forces in Voices, the first event of a three part literary series from Writer in Residence Dani Gill. Michael Harding will be returning in September with On Tuesdays I’m a Buddhist.

Fresh from the inspiring production of Welcoming the Stranger, renowned choreographer and Dancer in Residence, Catherine Young, brings her latest piece State of Exception which will be created in Backstage.

There is plenty of fun for kids with the last three nights of the panto A League of Villains running from tomorrow (Thurs 25 to Sat 27 Jan); Miriam Lambert of the Lambert Puppet Theatre dynasty, brings her magical puppet show The Three Little Pigs and Ireland’s leading children’s theatre companies Barnstorm will be bringing school kids on a wonderful adventure with Star Chasers in May.

Tickets and full details of all shows at Backstage Theatre Longford are available on 043 33 47888, from Farrell & Coy or www.backstage.ie

Longford in for a great summer at the Backstage Theatre