Night of comedy for Ennybegs this weekend 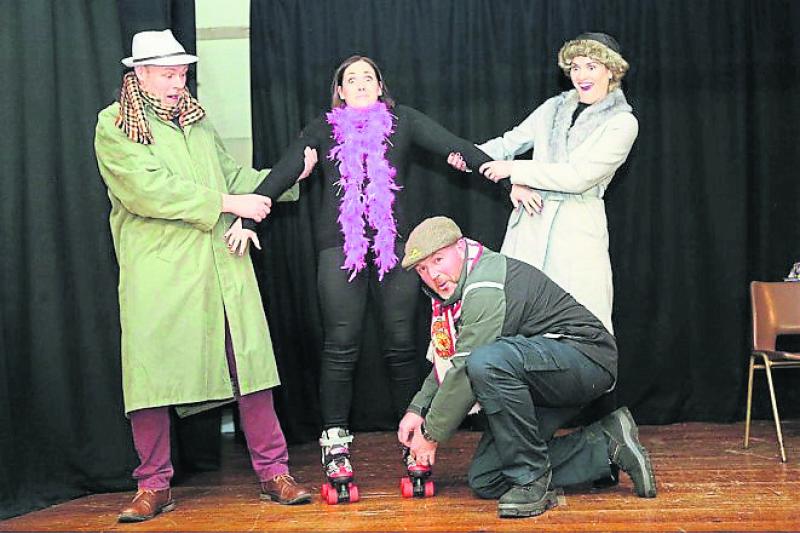 All roads lead to Ennybegs this Saturday and Sunday night, December 2 and 3, for what promises to be a night of fun and frolics.

Celebrating 30 years of Amateur Drama, Cilleo Yew Tree players decided to kick start their year with a night of comedy.

Introducing a wealth of new talent along with a few familiar faces the group are busy putting the final touches to three plays to be staged in Ennybegs Community Centre this weekend.

First up is 'The Marriage Plan' written by Brian Drum and directed by Sharon Finneran.

A one act comedy set in the 1950s in a Midlands Bar parlour tells the story of a publican daughter Rose Clancy (Sinead McCormack) and her relentless quest for a husband.

What unfolds is a series of romantic proposals in an attempt to win over the fair maiden!

Next up is 'Almost Perfect', written by Trevor Suthers and directed by Paul Mc Carthy.

A sketch performed by two transition year students, this is a short unromantic comedy with two young principals Sean (Emily Mc Carthy) and Shannon (Grace Kennedy) on a date that comes undone.

This is comedy revolving around Little Grimley Amateur Dramatics Society and their humorous attempts to pull in audiences of more than six with the Chairman’s latest ‘big idea’.

Chairman Gordon (Ollie Keogh), the driving force behind the ever-failing dramatic society is partnered with the lad Bernard (Paul Gilna).

Dippy Joyce (Joanne Dunne) is incredibly brave rolling onto the stage, while Margaret (Rosie Mc Goldrick) is not only troubled by the machinations of Little Grimley’s failure but also that of her marriage.

All four players contribute equally into making this a fun production which will leave one and all with a smile on their face.

A great nights entertainment and laughter is guaranteed.