Granard to be location for locally-produced short film 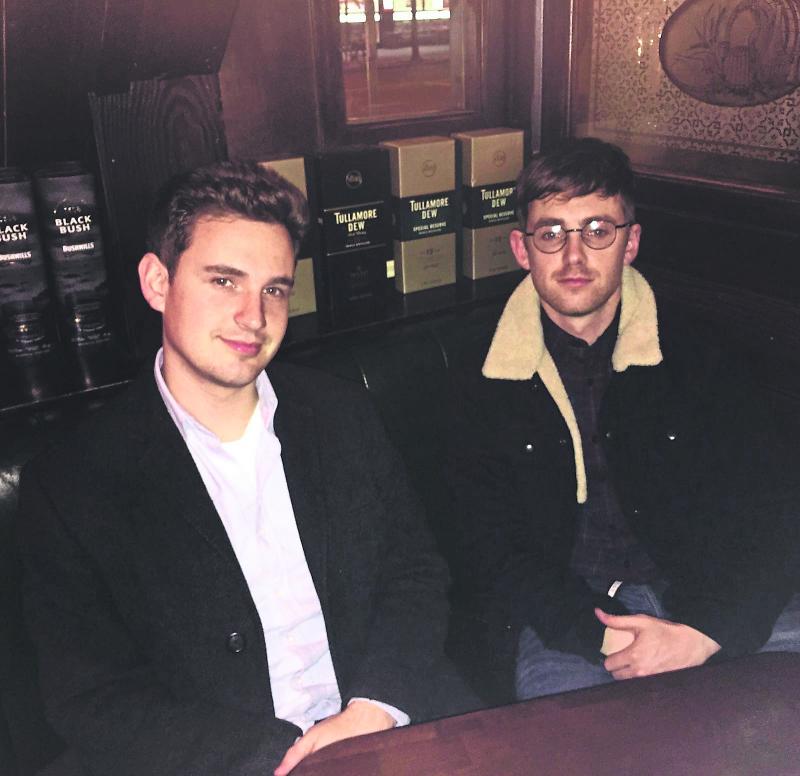 Granard will be like a movie set over the weekend as four local lads get together to film their first proper film, 'Angels Guard Thee' in the location.

Writers and Directors Robert Higgins and Patrick McGivney are working with Producers Jason Gaynor and Tomas Devaney to bring their story to life this weekend.

Patrick and Robert have always had a keen interest in filmmaking, with Patrick doing some videography for work, and Robert having vast experience with script-writing.

“This will be our first proper film,” Patrick explained to the Longford Leader earlier this week.
“We bought a second hand camera last summer and the four of us shot a short to learn the ropes, with Tomas, Jason and myself acting and Robert directing.

“We were happy with the results, but after we finished writing ‘Angels Guard Thee’, we decided to bring in professional cast and crew as it was quite a demanding script.”

Robert agreed: “Making that early short really opened our eyes to the beauty of the landscapes that we had at our disposal here in Longford and gave us the confidence to begin work on a much larger production.”
‘Angels Guard Thee’ is the story of two ex-paramilitaries meeting for the first time in over 30 years.

Over the course of a weekend, the pair attempt to reconnect, reminisce and heal old wounds, but sometimes the secrets of the past won’t let the present lie.

The film stars Brian Fortune (Game of Thrones, Vikings, Penny Dreadful) and John Quinn (Love/Hate, Michael Inside) and will be shot by award-winning cinematographer Simon Crowe.

The short film is supported by Longford Arts Council and it is hoped that it will be the first of a number of filmmaking initiatives in the county.

“We have a great cast with Brian Fortune, John Quinn and Jarlath Tivnan. We’ve also put together a really strong eight person crew for the shoot we’re confident will help us bring it from the page to the screen.”

Patrick agreed with these sentiments, adding that the pair felt that the story of 'the troubles' is rarely told from the perspective of those who fought and who are now in their twilight years, attempting to live normal lives.

“We also wanted to investigate what might happen when two men who once shared the same outlook, but whose paths and views have diverged over the years, are brought together after so much time apart,” he said.
“We’re very grateful to the Longford Arts Council and Fergus Kennedy for the support they have given us.

“The plan is that this will be the first of a series of film-related initiatives in the county, including training and hopefully a film festival in the near future.”

In fact, Robert added, over the next year, the lads hope to roll out Harp Productions, a Longford-based film and video production company producing creative, commercial and corporate content, as well as providing training in film production.

“ The aim will be to showcase the midlands utilising local talent,” he said.
Filming will take place in Granard this weekend.

Rebuilding the ‘Wall of Death’