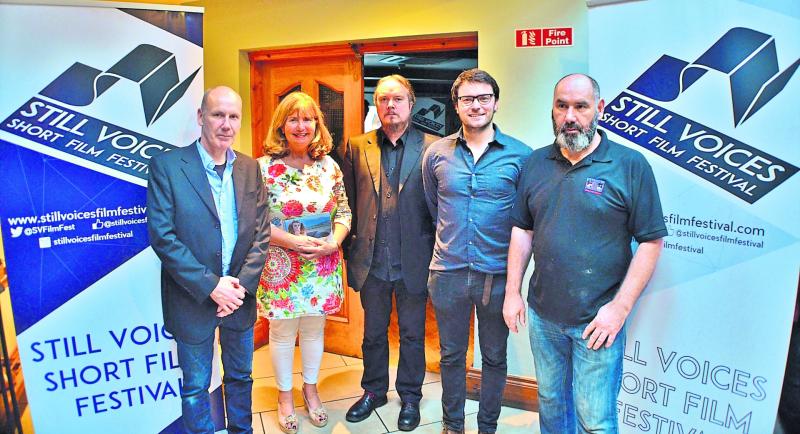 There was great excitement in the south Longford town of Ballymahon last weekend as the Still Voices Short Film Festival rolled into town as part of the Creative Longford programme.

The three-day festival saw people milling from venue to venue to enjoy the free short films that were being screened in the Bog Lane Theatre, Cooney's Hotel and at Ballymahon Library.

This year's festival saw 100 short films from all over the world screened in the Irish midlands, with a diverse range of subjects and genres covered.

Best of all, 90 per cent of the festival was completely free because, as Festival Director Ronan O'Toole told the Longford Leader last week: “Film should be for everyone”.

Only two of the events on the Festival programme were ticketed. These were 'Without Name' and 'Song of Granite' - two feature films that went down well with the crowds.

There were also a number of talks, which were free, including a discussion on gender inequality within the film industry, which was very well attended.

The Festival came to a head on Sunday evening after the panel of six judges got together to decide on the the top five films of the festival, as well as the winners of two awards: Best of Festival and Best Irish Film.

The Bog Lane Theatre event saw plenty of bums on seats as people milled in, complimentary popcorn in hand to see the top films of the festival.

First up was a witty story of 1916 Ireland. Directed by Kieron J Walsh, 'My Life for Ireland' deals with the hilarious interaction between members of a rural community at a time when Patrick Pearse was leading an armed rebellion against British rule, inspiring patriots throughout Ireland to fight for freedom.

The film's hero, and one such young patriot in this black and white short, deals with a number of obstacles on his road to securing freedom for the Irish State.

German film, 'A Quiet Place' by Ronny Dorfler was met by enthralled silence from the crowd as they watched Cristina's unwelcome return to a home filled with conflict. The young protagonist sets out on a mission to get her struggling sister away from their father and to a better life.

But there's a twist at the end that left the watching audience unsure whether to be shocked or amused.

After screening the top five films, the festival committee announced the winners of the two awards.

The Best Irish Film award and a prize of €750 went to 'Oor Wally', a touching documentary filled with personality and wit.

Directed by Martin Lennon, the film follows Scotland's most unique mascot, Wally the Warrior, across an eventful football season.

The Best of the Festival award and top prize of €1,000 went to Mamadau Dia from Senegal for the 11-minute short film, 'Samedi Cinema'.

This film is set in a small town in the north of Senegal - a country on Africa's west coast - and sees two young film-lovers trying to get the money together to see a movie on the big screen.

Desperate to get into the cinema, the two young friends do everything they can - from writing letters to translating words to French - to get the money together for two tickets to the movie.

For information on next year's festival, see www.stillvoicesfilmfestival.com.