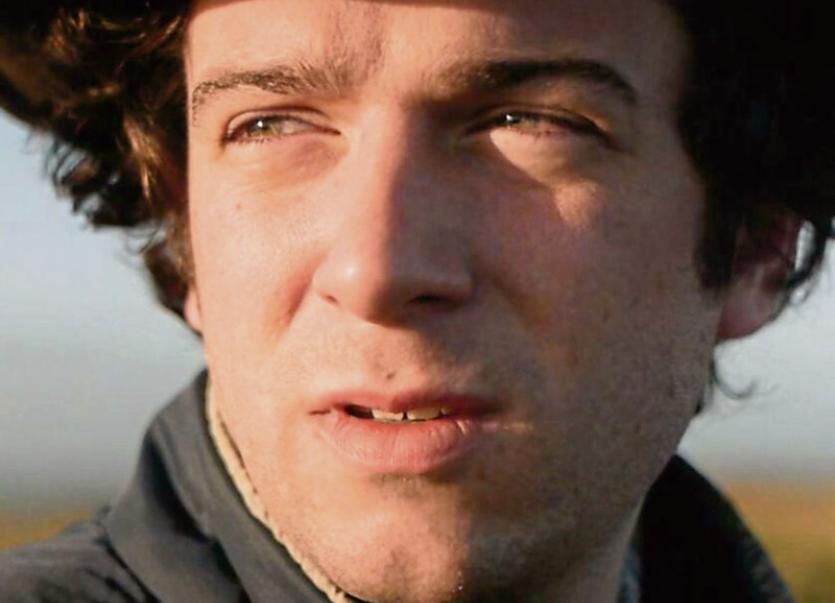 A Cavan-produced film, starring Loch Gowna native Kevin McGahern is to premiere at the Galway Film Festival next week.

'No Party for Billy Burns' tells the story of Billy Burns (played by Gowna native, Kevin McGahern), a simple young fellow with a wild imagination and a passion for cowboy films.

Billy  is a would-be cowboy lost in the dreary fields of Cavan.

Stranded at home with his grandfather (Shane Connaghton) - who he believes was once a famous gunslinger -  and ridiculed around town for his innocent ways, Billy works for the local ranchers, saving his money for a trip up to the big city, perhaps never to return.

Scarred by a tragedy in his youth, Billy never quite grew into adulthood. Luckily he has the guidance of inept local Sergeant Jack Cooper, who trades info with Billy for the promise of him one day cutting it as his deputy.

Left out by his friends, Billy relies on his imagination and love of working on the land to get him by.

When Billy falls in with local thug Ciaran and his long-suffering girlfriend Laura, he soon finds the adventure and excitement he was always looking for, but the local crew pick on the weak, and their cheap thrills and rough-and-tumble kicks find Billy broken and bruised, with little left to lose.

An infatuation withLaura finds Billy in a tangle and vilified by the only people who would tolerate him, and when he comes home one day to find his grandfather dead on the kitchen floor, Billy's imagination gets the better of him and he heads into town with his gun.

Over €3,000 was raised via fundit.ie by writer and director Padraig Conaty to make the film, which was completed in 2016 and runs for 87 minutes.

“My intention with the film is to present the mundanity young people experience in a rural town and the various methods they use to find catharsis,” said Padraig on the fundit.ie page for the film.

“Through the main character Billy, I want to show how the imagination can both struggle and thrive under such conditions, with a little help from our obsession with American culture!”

Gowna native, Kevin McGahern, is a well-known comedian and Republic of Telly presenter who expertly plays the role of Billy Burns.

This is a different role for the former 'Hardy Bucks' star, but will see him shoot to a new kind of fame after the film is premiered in Galway next week.

The 29th Galway Film Fleadh takes place from  July 11 to July 16 . 'No Party for Billy Burns' will premiere on Thursday July 13 in the Town Hall Studio, though sadly, tickets are sold out.