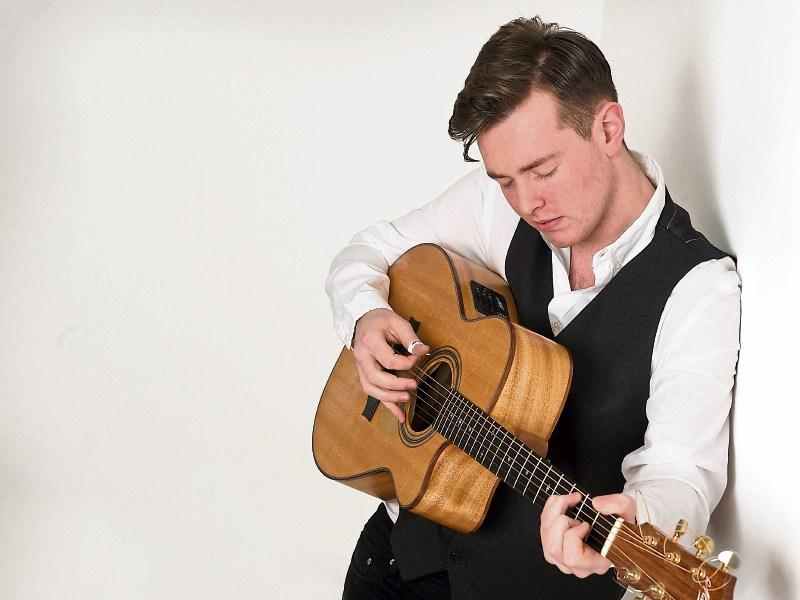 One of the world’s finest young guitarists will perform live in Backstage Theatre on Saturday June 24 at 7.30pm.

Shane Hennessy is a 23-year-old guitarist and composer from Ireland, whose unique guitar playing style has amazed audiences all over the world.

His guitar playing style and compositions have caught the attention of big names like guitar legend Tommy Emmanuel and super-producer Nile Rodgers (CHIC). He also works as a songwriter, and is an in-demand session musician.

Shane has already featured in some of the most well-known venues in Ireland, and has been a featured performer in some of Ireland's biggest music and arts festivals, including Electric Picnic (2012, 2013, and 2014), Longitude (2014), and The Guitar Festival of Ireland (Headline Act, 2016).

Shane is delighted to include Longford in his 2017 tour, that will see him headlining his first solo concert in the National Concert Hall (July 20) and a worldwide tour will see stops in The United Kingdom, Germany, The Netherlands, the United States of America and Australia.

Shane’s first album was highly acclaimed and his second album Marrakech will be released on June 27. All music on the album was composed by Shane.

This event is ideal for all ages, especially young guitarists who will be amazed by Shane’s musicianship and technique.

The concert in Backstage is part of the ‘How it Works’ series of workshops in association with Longford Live and Local and Evolution Stage School, with support from Creative Ireland (Longford) and Longford County Council.

The concert will run as a combined concert/workshop.