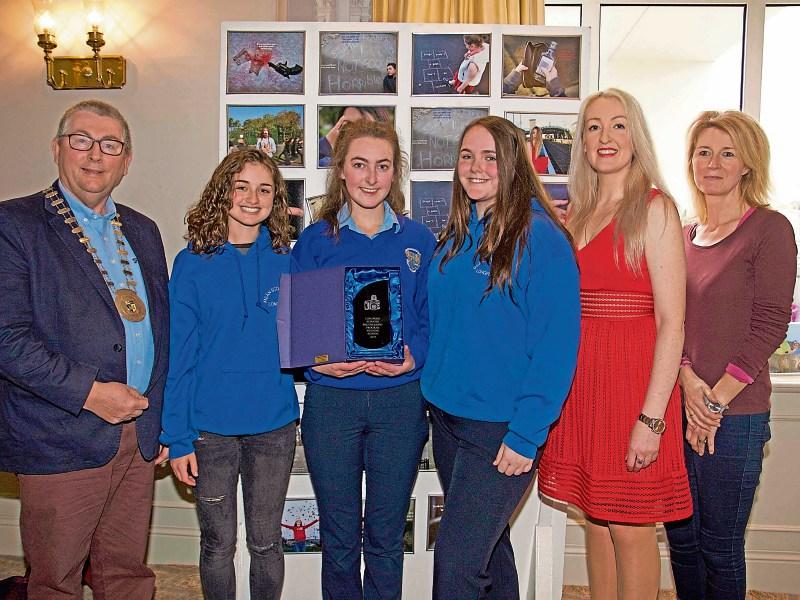 Another generation of young photographers has been revealed, with the annual Longford Schools Photography Exhibition and Awards 2017 taking place recently, displaying a range of photographs by students from eight different schools around the county.

“The standard of work was so high again this year,” said Shelley Corcoran, co-ordinator of the Longford Schools Photography Programme, who has been teaching secondary school students the art of photography for a number of years.

“The course in general is highly conceptual. The students start off with the technical aspect of photography and then we start to put that into practice in a very creative way,” she said.

“It’s not just about going out and taking the photo and getting the exposure right. We sit and we brainstorm and we bounce ideas around about what we’d like to do and what props we’ll need for the photo. “And then the following week, we’ll go out and shoot. So there’s a lot of thought put into all the photographs.”

And the skills learned on the course certainly shone through in the numerous images that were on display at this year’s exhibition, with a range of creative and artistic styles.

The Longford Schools Photography Programme is popular among students, with a range of different projects being tackled throughout the school year, as well as the exhibition and awards night.

“We also do a Halloween exhibition every year in Ardagh,” said Shelley, emphasising that this does not mean students create images of “blood and guts”, but rather a manifestation of what ‘horror’ means to them.

This means a lot of students will look into gothic images, and they’ll learn a lot about how to make images look more creepy. “Then at Christmas this year, the students entered the Longford Leader Christmas Photography Competition,” Shelley continued.

“And that was great because it wasn’t just about going out and taking a photo of something Christmassy in Longford… it got them thinking about what Christmas means to them.

“And there are students from different places, so if there’s someone from Germany, Christmas to them might mean missing home or sending a card home.

“But to people in Longford, it might mean spending time with family, or presents, or something like that.”

The final project of the year is yet to come, though, with students creating sculptures for the Cruthú Arts Festival in July.

“Some of the schools are making a sculpture, which they will cover with the photographs they took. Each school will have a different theme for the sculpture and for the photographs, so it will be very creative,” said Shelley.

As the course coordinator, Shelley says she is constantly astounded by the talent of the young people she teaches.

“You start off at the start of the year doing the technical aspect. But then when you add in the artistic aspect, I’m always blown away and overwhelmed with what they come up with.

“For that age group, the sky’s the limit. They’re not constrained by the logistics of everything like someone older might be, so they come up with some really amazing, creative ideas. “I’m always so proud of the exhibition every year,” she concluded. All the photos from the exhibition will appear on www.longforddigitalarts.ie.