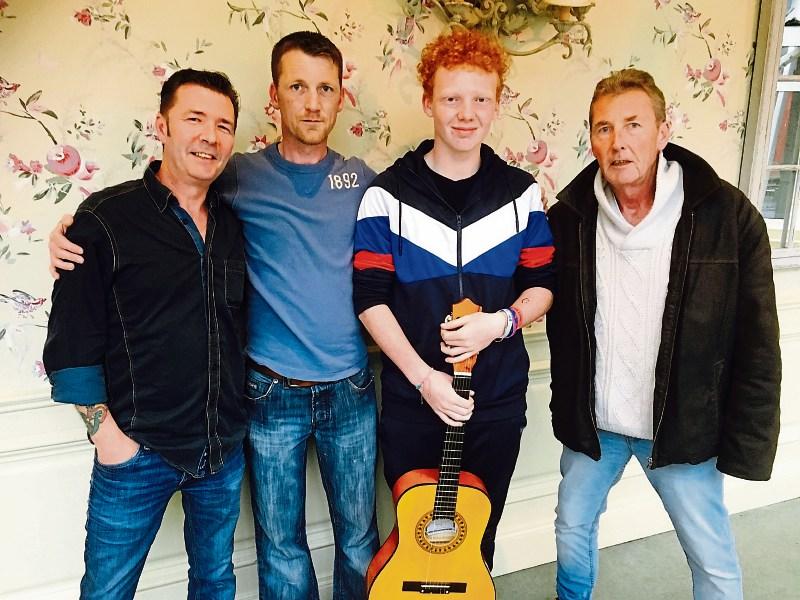 Longford Summer Festival is poised to make a welcome return to the streets of Longford this month.  This year’s festival will cost in excess of €50k to run and to help offset the cost two fundraising events will take place later this month.

There is an eagerly awaited Longford X Factor night in the Longford Arms  when up to 14 top local acts will take to the stage and raise money for the festival.

Amongst those taking part are young Tyler Murphy, who was one of the runners-up in this year’s Youth Factor in conjunction with the Attic House project. Others will include Longford’s very own Elvis, Pat ‘Barlow’ Harley and promising singer/songwriter, Joe Reilly.

Young mother Denise McNamara Flood has an incredible voice and is another act well worth hearing on the night. Many readers will remember when local Councillor, Peggy Nolan, starred in a number of shows for St Mel’s Musical Society and Peggy is also making a welcome return to the stage for one night only.

One of the town’s great entertainers is Danny O’Hara  and he will belt out a few nostalgic numbers on the night whilst Larry O'Keefe is likely  to give us his version of Frank Sinatra and Dean Martin favourites.

It won’t be own singing either as local publican, Mickey Byrne will be dusting down his comedy routine for one night only whilst the coming weeks will see the organisers unveil a sensational young dance act for the one night only show.

Admission on the night will cost €15 with children free. In addition to the votes from the three judges, the audience will also get to vote for for their favourite act with each vote costing €1.

The interval entertainment will be provided by Longford Gospel Choir and all in all it promises to be a great night.

For more details on the Longford X Factor night, the identity of the remaining acts  and for more on the  upcoming Festival check out their facebook page, Longford Summer Festival.