That's 'The Way it Was' for Malachy 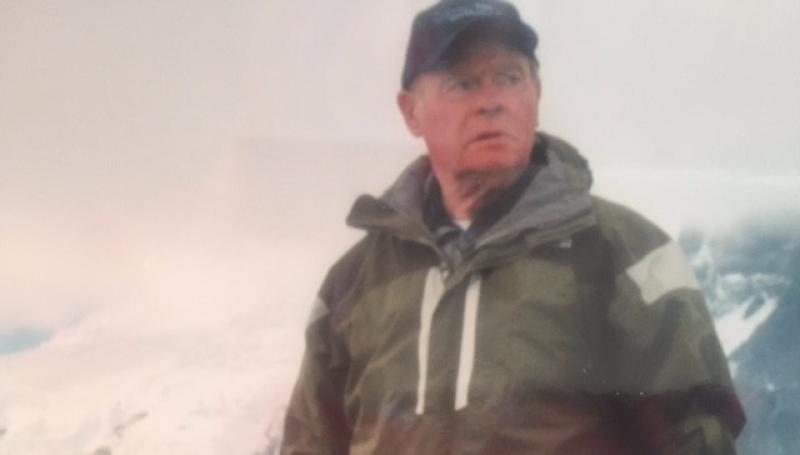 Malachy Donoghue on his visit to Antartica

Just across the lake from Newtowncashel, on the other side of the Longford-Roscommon border, is a town called Knockcroghery, where a man called Malachy Donoghue was born in 1927.

During World War II, when Ireland was a neutral country, Malachy was thrust into adulthood when his father died of a brain aneurysm.

Malachy was left to take over the family farm and forced to give half the rations from the farm to the government. But he got on with it, because that’s just the way it was.

And ‘The Way it Was’ is the title on Malachy’s autobiography, which was released in February and details his travels and the difficulties he overcame throughout his adventurous life.

“Years ago, I approached my father and told him he needed to write his life story. He thought I was crazy and that nobody would want to read a book about his life,” Mike told the Longford Leader this week.

“I explained to him that he was wrong and that his life was meant to be written in book form. He laughed at me and now I know he is looking down and is both honoured and humbled by the attention his book is receiving,” he said of his father, who passed away in September.

In later years, Malachy moved to Fairbanks, Alaska and worked in the gold fields. Eventually he ended up in New York, where he became an engineer, got married to his wife, Maureen and had three children: Jim, Maura and Mike.

“I do feel Mal wrote this book as a dedication to Ireland, even though he had many obstacles to overcome. His memories of Ireland were bittersweet, but he truly loved his hometown and I think he would want people to know that,” said Mike.

“I also think this book is a love letter to my mother in a way. He adored my mother and as tough as he was on the exterior, he really was a kindhearted man and wanted to express how much he loved my mother in this book.”

The book includes a variety of anecdotes from drunken chickens, dear death experiences and amazing travels - Mal visited all seven continents and all 50 states in the US.

One such anecdote involves Malachy and his best friend, Malachy Murray: “We would go around the village collecting jam jars which we could sell for two pence each.

“We would then go over to O'Brien's store and the clerk would count the jars and give us two pence for each one and he would say: 'Ok, bring them in the back and put them in the boxes outside in the yard.'

“We would get our money and we would walk out the back door but we wouldn't put the jam jars down - we would keep right on going. We would hide the jars and a week later we would go back and sell them to him again. We would do that often so we could buy candy.”

So far the book has been extremely popular across Ireland and around the world, inching up the best seller lists, and Mike has said that he himself gained a lot of valuable experience when publishing the memoirs.

I am so grateful for the support and my family wants to express their sincere gratitude to anyone who has read Mal's life story. It means the world to us. Thank you.

'The Way it Was' by Malachy Donoghue is available on amazon and can be purchased as a hardcopy or for kindle.

For more information and a range of anecdotes about Malachy's life, see @malachy Donoghue on Facebook.