Edgeworthstown celebrates its links with the literary and scientific greats 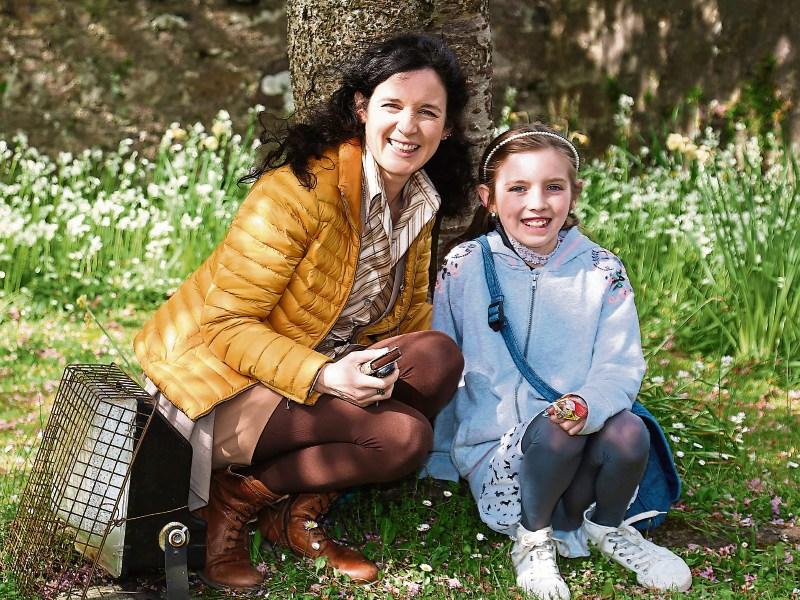 Crowds from all  over the country descended on Edgeworthstown over the weekend to learn more about Maria Edgeworth and her family as the Maria Edgeworth Literary Festival 2017  'The Legacy of the Edgeworths'  kicked off with gusto.

On Friday evening, a direct descendant of the Edgeworths - John Beddoes - travelled from the UK to unveil a portrait of Maria Edgeworth by Longford artist Orla Kelleher. He then spoke about Ms Edgeworth and the Lunar Society.

Probably one of the most fascinating aspects of the event was the Literary Walk which took place on Saturday afternoon.

Beginning at St Mary’s Church, the walk takes in The Manor - the ancestral home of the famous Edgeworth family including Richard Lovell, Maria, William and Michael Pakenam; the walled garden; St John’s Rectory - birthplace of ‘The Abbe Edgeworth’ confessor to Louis XVI of France; the graveyard where Isola Wilde is buried; St John’s Church and the Old Schoolhouse where many of the Edgeworths were educated.

And in the beautiful sunshine, the 30 or so people gathered heard plenty about the Edgeworths who it seems were educators, scientists, engineers, authors and astronomers.

During the walk, which interestingly also took in a talk on hedgerow medicine and plants, in the walled garden with horticulturist Octavia Tullochand, local historian Matt Farrell spoke about the historic links between the Edgeworth family and Edgeworthstown.

“The Edgeworths came to Edgeworthstown in 1690, acquired the lands from the O’Farrell clan at the time and built a castle out at Cranley,” he added.

“The first representative of the family became Bishop of Down & Connor.

“It was Francis who came to Edgeworthstown and married Jane Tuite from Co Westmeath; her portrait hangs in St John’s Rectory.”

Meanwhile, throughout the weekend there was much to learn about Maria Edgeworth and her family.

When the family later moved to the what is now known at the Manor, the home became a focal point for many of the great intellectuals of the time.

Sir Walter Scott; William Wordsworth; William Herschel (astronomer) and Sir Humphry Davy - to mention but a few - were among the many distinguished guests who visited the Edgeworth family.

“The family were deeply interested in science and mathematics; it was Kenneth Edgeworth, who in fact, discovered that Pluto wasn’t a planet,” added Mr Farrell.

“Francis Edgeworth was one of the last to own the Estate as it later went to his nieces and nephews - the Montagues.”

Meanwhile, those gathered heard that other members of the Edgeworth family became synonymous with scientific discoveries, while Maria became one of the first ever fictional writers.

And, seemingly, it is she whom other great writers have sought inspiration from.

“Her last publication which was a children’s story was written during the famine,” added Mr Farrell, before pointing out that Richard Lovell Edgeworth had 22 children, the most famous of them being Maria who went on to become a famous novelist and educationist.  “She would have been educated at home and because she was the eldest of the 22, it was she who then educated the rest of the family.

“The youngest of the family was Michael Pakenham Edgeworth who became a famous botanist, joined the Civil Service and worked in India.”