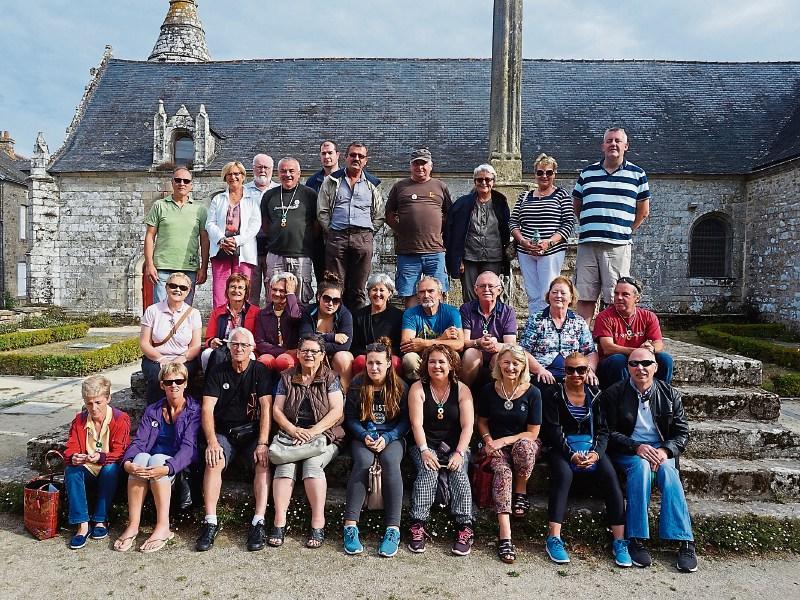 For the past few weeks Ballymahon town and its Twinning group has been preparing itself for the visit of a group of visitors from its sister twinning town of  Landévant in France who will be staying with host families in the south Longfort area for the week of May 6 to 13 next.

In all 23 French visitors will be making the trip from the Brittany town of Landévant which is located in central Brittany near the city of Lorient.

Already Ballymahon has arranged a detailed weeks programme of events for the group whom it is understood have a big interest in  Irish culture and  traditions.

The events include a traditional trip and talk on The Royal Canal between Ballymahon and Abbyshrule with a trad' musical session on the canal at Abbyshrule which will be followed by an French evening of wine and food in The Rustic Inn.

Ballymahon Twinning have made arrangements to give a taste to their French friends of the importance played by Maria Edgeworth in Irish literature by way of  a visit to the famous authors homeland of Mostrim.

Arrangements have also been  made to involve the Brittany visitors in a number of local “hands on” workshops  such pottery making at Thomas Lynams pottery studios at Ballymulvey outside the town and a visit to Saint Mels craft beer brewery in Longford town.

On the lighter side of the  programme the group will also be getting involved in learning some Irish dancing at local set-dancing workshops.

There will be a variety of French/Irish cultural evenings  in most of the local hostelleries  in Ballymahon and those are evenings that are being looked forward  a lot by the Brittany group as the French always  love meeting and celebrating with local people in Ballymahon town itself.

This year also Ballymahon Twinning Group and their  French visitors will be making the historic trip to Northern Ireland where they have been invited as guests at Stormont Castle.

They expect also to be visiting The Titanic Centre and City Hall in Belfast as well as a variety of other famous historic locations in Northern Ireland.

The formal part of the twinning visit is being hosted by Longford County Council in Ballymahon library  centre with a Civic Reception on Thursday evening May 11,  when An Cathaoirleach of Longford County Council Cllr Michael Cahill and An Cathaoirleach of Ballymahon Municipal  Authority Cllr Mark Casey will welcome The French representatives from The Mairie of Landévant which will be followed by a wine and food reception again hosted by Longford Co Co.

Last week The Chairperson of Ballymahon Twinning Breege Murray took a break from working on  her french verbs to organise a final meeting with all the host-families in Ballymahon and afterwords she stated that she was delighted with the enthusiasm already generated in the town by the visit. She believes that throughout the week of May 6 to 13  the entire town will be involved in the celebration of French and Irish culture during the special  "Week of The French”.