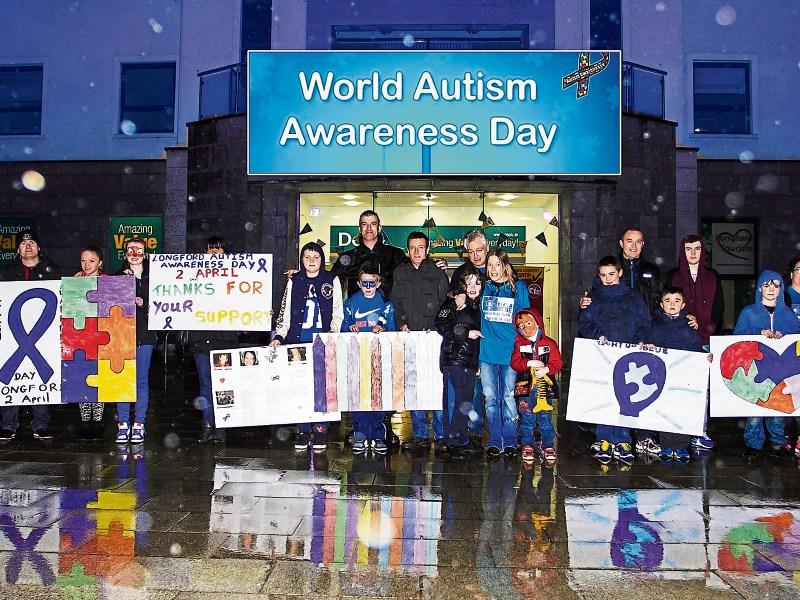 More than €5,000 was taken in as a result of a recently held autism fundraiser.

From early morning, large crowds descended on a specially kitted out pop up shop at the former Fabiani premises along Grafton Court where patrons were treated to a whole host of fun filled entertainment and festivities.

Harney's Jewellers was just as vibrant as local businesses and the wider public rowed in behind what is fast becoming one of Longford's most popular yearly fundraisers.

“It's three years going now and it's getting bigger each year,” said a delighted Ms O'Leary, as she paid tribute to all those who played their part on April 1 last.

As has been the case with previous events of its kind, Ms O'Leary said all proceeds would once again be going to a a facility which remains intently close to her heart-St Christopher's Special School.

“I'm not part of any group, I'm  just a parent of a child with autism and just wanted to give a little something back to the only special needs school  in Longford town,” she proudly commented.

“My son would be lost without them as would so many other families in Longford.”

Anyone wishing to contact Ann over her fundraising plans can do so by phoning (086) 0898489 or emailing annoleary@ymail.com