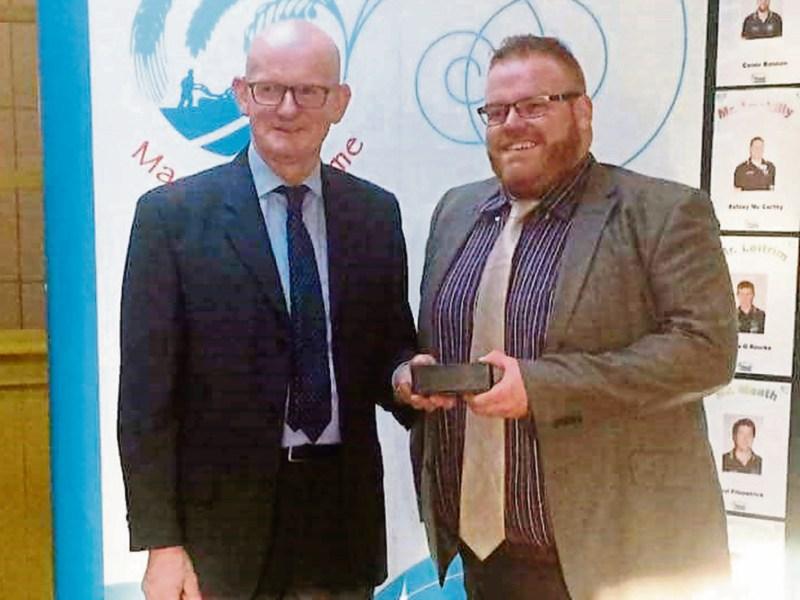 He did Longford proud! A great weekend was had by all catching up with old friends and meeting new friends from all over Ireland.

Longford Macra held a raffle on the titles night held in February and raised €300, which was presented  to Joan McLoughlin from the Longford Friends of the Children of Chernobyl.

Lanesboro Macra member Kevin Egan will be taking to the stage next Sunday  April 30 to represent Longford Macra in the National Talent Competition in the Mullingar Arts Centre. Kevin recently beat off stiff competition in Athboy in the semi final with his comedy/novelty act impersonating Mícheál Ó'Muircheartaigh.

The show kicks off at 7:30pm and tickets are available on the door for €15.

The new club was well represented on the float and a great day was had by all.

Longford Macra is hosting a charity event, Shave or Dye, in aid of The Irish Cancer Society on May 13 in O'Hara's Bar, The Bay Horse, in Granard town starting at 8pm.

Find us on Facebook at Longford Macra to keep  up to date on all the events and meetings happening in the county.