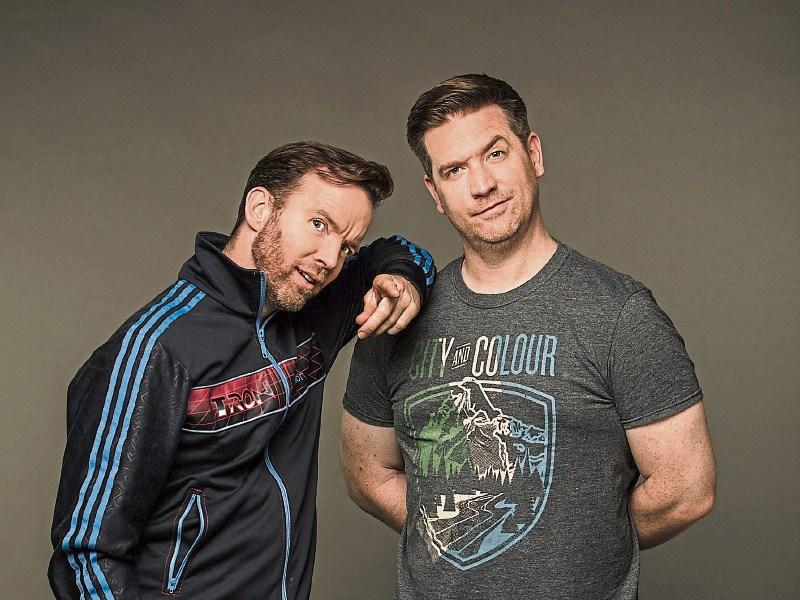 Longford comedy-lovers and Today FM fans are in for a treat this weekend as popular morning radio-presenting duo and comedians Dermot and Dave bring their hilarious comedy tour, 'Ah Sure Lookit!' to the Longford Arms Hotel.

Dermot Whelan and Dave Moore took over Today FM's morning slot (weekdays, 9am - 12pm) in January, following Anton Savage's decision to quit, and they've been ruling the morning airwaves ever since.

A great start to the weekday, Dermot and Dave provide plenty of craic, comedy and non-stop banter in an effort to leave their listeners smiling for the afternoon.

In December, the duo announced that they would be bringing their new comedy  show 'Ah Sure Lookit'  on tour around the country and so far they've had huge success, performing to large audiences in various counties.

The pair debuted their show at the first Cork Comedy Festival in September of this year and, the following month, performed at the Vodafone Comedy Carnival in Galway. Both shows sold out in record time.

This tour is the pair's first time taking to the stage together, but they're well used to each other, having worked together in radio for over 12 years.

They're about halfway through the tour so far, and have a few more scheduled for May, but a further 15 shows are planned for the Autumn.

“Imagine a bonkers radio show that grows legs and arms and a head and starts firing out craic and waving its arms like an angry King Kong in that movie. Not even close,” said Dermot when asked what people can expect from the upcoming show.

“It's all our listeners' favourite characters, stand-up, improvised comedy, music and an interactive gardening segment - what's not to love?” Dave added.

Regular Dermot and Dave listeners can expect to enjoy the usual banter the comic pair provide on a daily basis, and will be familiar with the weekly 'A Sure Lookit' feature, where a friend of the show, 'Mac from Carlow' gives random clues and people are asked to guess what  it is he's on about.

The tour itself, though, has nothing to do with this section of the  radio show - the lads just like the name.

Dermot and Dave will perform their hit comedy show in the Longford Arms Hotel on Friday, April 28.

Tickets are €29 each and can be purchased via the Longford Arms or ticketmaster.ie.

Catch Dermot and Dave weekdays on Today FM from 9am to 12pm.