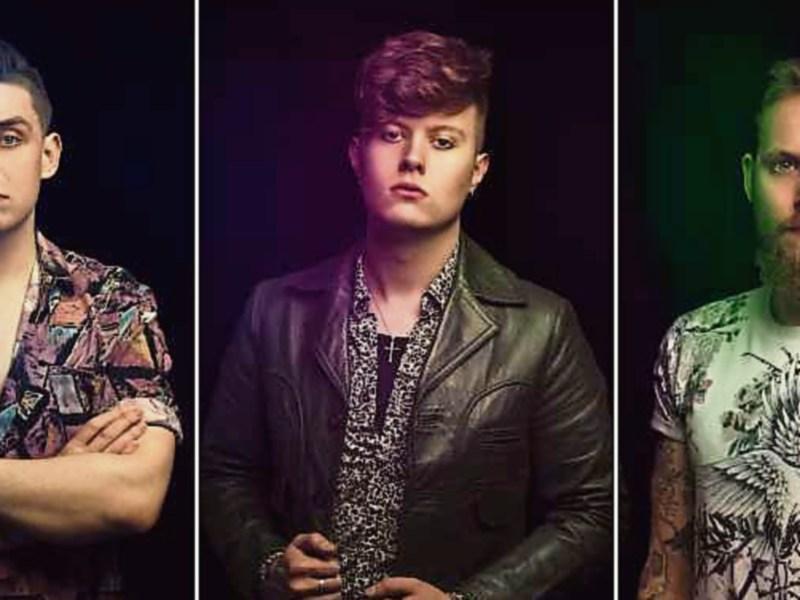 One of the most important characteristics of a band is teamwork, and 4-piece pop-rock band State Lights have been working as a team for a couple of years now.

The brainchild of Longford musician Joe Regan and three of his classmates (Shane ‘Shobsy’ O’Brien, Paul Ridgeway and Noel Perry) at music college, BIMM Dublin, State Lights has gone from strength to strength since 2015, reaching number six  in the iTunes album charts with their debut EP, and playing top festivals such as Indiependence and Castlepalooza.

Early in 2016, the lads recorded their second EP, ‘The Disguise’, with Joe Chester, an esteemed producer who has worked with the likes of Hozier, the Coronas, Mundy, Ryan Sheridan and Hermitage Green.

Reaching number two on the iTunes album charts, the new EP received decent radio play, with the likes of 2FM, Today FM, and FM104 giving airtime to the lead single, ‘Love is in Your Eyes’, and FM105 listing it as ‘Irish song of the month’ for May 2016.

The EP release was followed by a sell-out gig in prestigious Dublin venue, Whelan’s, (in partnership with well-known Aiken Promotions), a slot on the Ray D’Arcy Show, and appearances at a number of festivals, among other accomplishments.

So it’s no surprise that 2017 is off to another good start for the band, who are releasing a new single, ‘I Need Time’, tomorrow, April 20, produced in Joe Regan’s home studio in Granard.

“Our new single ‘I Need Time’ is an uptempo, pop-rock tune written about the pressure and insecurities you sometimes can’t help but feel when you’re trying to make something happen,” Joe told the Longford Leader last week.

“I think that’s a universal message and can speak to any sort of working professional - not to mention students!”

State Lights’ music is quite personal to them and mainly takes its inspiration from the trials and tribulations of life. One song, ‘Dance Again With Me’ was written as a tribute to Paul’s grandparents, while others are quite socially and politically contextual.

“(There are) songs about the world around us and how it sometimes seems like it’s spiraling out of control. We try and let the music guide the emotion and sentiment of a song,” said Joe.

Joe started playing music when he was 14, after his parents bought him a guitar for his birthday. Around that time, he was starting to listen to a lot of rock music, with bands like Blink 182 and Green Day being his early favourites, and he hasn’t been able to put the guitar down since.

It was in college that the band was formed and the name State Lights came to be.

“Initially, we actually had trouble finding a band name that we were all happy with. We had a good idea of the type of name we wanted, though. It had to be something that seemed vast, big in scale, whilst also being interesting.

“We decided on State Lights because we liked the imagery it conjured up. It represents the idea of being in a plane, flying over a city at night and looking down to see the beautiful illuminations of that place.”

Since then, there have been so many career highlights, it’s hard not to lose count.

“Playing at Indiependence in 2015 was a big moment for us, because it was our first festival appearance,” said Joe.

“Making our television debut on the Ray D’arcy Show last April was an extremely exciting and enjoyable experience too.

“And I think I’d have to mention our last EP ‘The Disguise’ making it to number two on the iTunes album charts. That was an incredible moment and something me and the guys will never forget.”

The lads in State Lights have “a great working dynamic” at this stage, Joe said.

“Everybody’s opinion and voices are always heard and taken into account when we write, record or make a decision about something.”

As well as releasing a new single, State Lights are looking forward to heading out on their first ever Irish Tour, which will include a date in Longford’s Backstage Theatre on June 9 and an appearance at HYPE Festival in St Mel’s College on May 13, where they will share the stage with the likes of Keywest, Áine Cahill and Sean Rooney.

State Lights’ new single, ‘I Need Time’ will be available on iTunes tomorrow, April 20. To hear more of the band’s music, find them on Soundcloud at www.soundcloud.com/state-lights.