Longford audiences 'All Shook Up' by this year's musical

St Mel's Musical Society production of 'All Shook Up' is colourful, fun and full of life in the Backstage Theatre 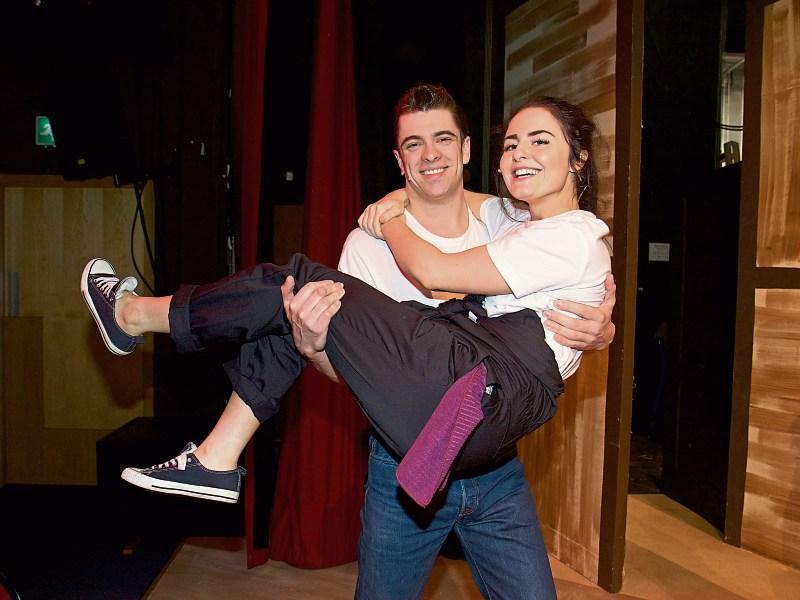 The long-awaited and greatly anticipated production of ‘All Shook Up’ by St Mel’s Musical Society opened on Friday, March 31 last and certainly lives up to expectations.

Lively, witty and a little bit cheeky, ‘All Shook Up’ is directed by the award-winning Paul Norton, and features some of the most-loved Elvis Presley numbers, reorchestrated to suit a 1950s-inspired musical, and directed by the very talented Musical Director Fintan Farrelly.

On top of that, the show is packed full of incredible choreography by Emer O’Brien and top-class acting from a stellar cast - not to mention the excellent performance of the chorus members - all in scenes set by  Stage Manager, Eddie Kiernan, assisted by Robert Belton.

Set in the mid 50s, somewhere in the American midwest, the story  begins with Chad, a hip-swiveling, guitar-playing roustabout, who is being released from prison.

His crime? Exciting the women with his thrusting pelvis and rock ‘n’ roll charm.

Chad is played by Sean Rooney, a talented musician whose performance of this character rivals John Travolta’s portrayal of Danny in ‘Grease’. Pair that with the impeccable Elvis-style dance moves and a voice that hits all the right notes and you get the perfect lead for a 1950s musical.

Freed from a week in prison, Chad makes his way to a nearby town, where he meets Natalie, a pretty young mechanic who is dreaming of love and adventure with an exciting man on a motorbike.

When Chad rides into town on a bike that needs fixing, Natalie is thrilled to have the opportunity to talk to and get close to this handsome stranger who has the women of the town swooning at his feet.

Natalie is not your typical female lead. Covered in engine grease, and dressed in overalls, she uses her only dress for a rag and scoffs at the idea of a normal, settled life without excitement and adventure.

But, failing to attract the affections of the ‘roustabout’, who has fallen madly in love with the very attractive Miss Sandra (Eimear Reynolds) - who runs the local museum and wants nothing to do with him - Natalie decides to become “one of the guys”, donning a disguise and calling herself ‘Ed’.

This means that Natasha Fitzpatrick-Brady, who plays the leading lady, essentially has to be two characters - and one of them is a man.

She’s well up for the task though, and blends the two characters together seamlessly, with voice changes and a comical display of macho cool as she struts about the stage in her blue suede shoes.

What follows is a hilarious storyline featuring a variety of colourful and exciting characters, including Natalie’s dad, Jim Haller (Tony Wadd), who still pines for his late wife; the local bar-owner Sylvia (Valerie Nolan) and her love-struck daughter Lorraine (Sinead Mullally); Dean (Conor Lynn-McLoughlin), who has never disobeyed his mother, Mayor Matilda Hyde (Joanne Sexton) until he falls in love with Lorraine; and Dennis (Aaron Nelson), whose love for Natalie goes unnoticed as she continues her pursuit of Chad.

Special mention has to go to John Kelly who plays the role of Sheriff Earl. With very few lines in the production, John’s character relies almost completely on his fantastic acting skills, which he uses to set the audience laughing every time he follows the mayor wordlessly onto the stage.

And, naturally, the production would be lost without the members of the chorus, who put their singing and dancing skills to great use throughout the performance, setting the atmosphere for the whole show and supporting the primary characters as they go.

The cast, crew and committee of St Mel’s Musical Society have produced another incredible show, full of colour and life  which will run in the Backstage Theatre until Saturday April 8.

Tickets are completely sold out for the remaining shows, so if you’ve got one, hold onto it - you’re in for a real treat.