The Texas talent with links to Longford migrant 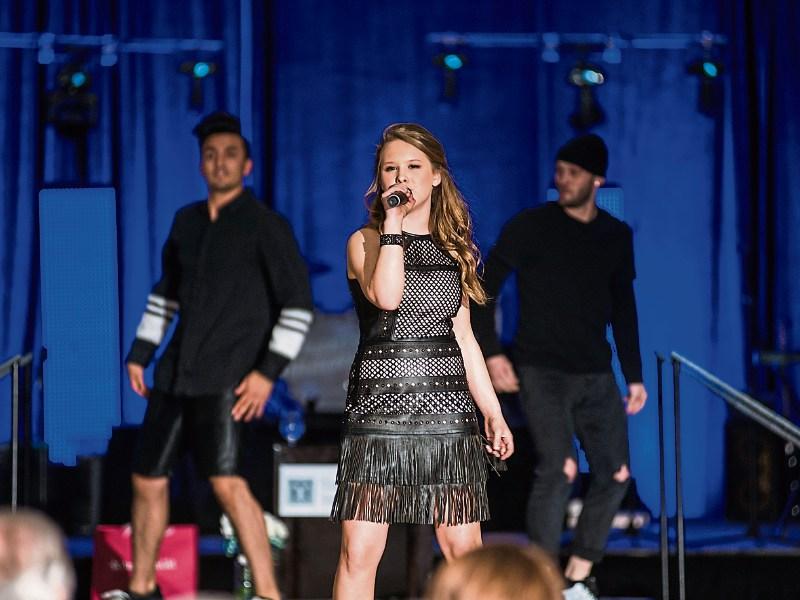 Emigration to the States is not a new phenomenon for the people of Longford or Ireland in general.

But what is most interesting about Longford people emigrating during or after the Great Famine, is the amount of stories about their lineage since then.

One such story is the tale of Madison McWilliams, the teen pop idol taking Texas by storm.

“My great-great-great grandfather, Robert Morrow Johnson, married Mary McCoppin, whose father immigrated to the United States from Ireland when he was just 21 years old, and settled in Bowie County, Texas,” Madison told the Longford Leader earlier this week.

Her roots were discovered by Rachel Gaffney, an Irish woman from Cork, who arranges trips for her clients to various parts of Ireland and promotes the country in uniqye ways, focusing on the less common and less marketed parts of the country.

“I’m from Cork originally and I find that a lot of tourists coming to Ireland will visit Cork or Killarney or Dublin or any of the big cities,” said Rachel, who is currently based in Texas.

“But they won’t go to the likes of Longford, Roscommon or Carlow because they’re not marketed well enough. There are so many reasons to visit Ireland aside from the main tourist attractions.

“I actually met Madison three or four years ago when I arranged the family’s trips to Ireland for them. When I plan people’s trips, I like to look at their interests and plan the trip around that.

“So that’s how I got to know what Madison did and I became her own little groupie. I loved her. And since then she’s just gotten better and better. Her music is more polished and she writes it herself. She’s amazing.”

Rachel is big on promoting Ireland and, last year, she and her husband Peter Smith chaired the Ireland Funds Gala in Texas, where she had Madison perform.

“The theme was ‘Texas Connecting with Ireland’, so we had Irish acts performing and we had Madison and people loved her. She had her dancers around her and she performed really well and it was a really good night,” she said.

Madison herself is a 15-year-old singing sensation from Austin, Texas. Music has been her life since she was a child, and she certainly has a talent for performing, singing and writing her own music.

“I have been singing for as long as I can remember. It has always been my passion. I started doing local productions and musical theatre. I also trained on Broadway,” she said.

Madison's music is full of positivity and strength, delivering self esteem messages to girls her own age, who might not get that positivity from any other music.

Her song 'We've Got Today' includes the lyrics: “When y’all get inside your heads that chivalry is dead, I’ll be dating skeletons before I take no disrespect”, encouraging young girls to value and respect themselves.

“My music has a positive message. When I write my songs, I make sure that every song expresses an emotion that I’m feeling,” she said.

Madison was thrilled to discover her links to Ireland, though her previous two visits did not incorporate a visit to the homeland of Longford.

“I had never heard of county Longford before, but I was thrilled to discover my Irish roots,” she said.

“I was proud of my Irish heritage and wanted to learn more about Ireland. During my visits to Ireland, I was impressed by the kind people, strong work ethic, excellent food, and rich culture.

“I’d love to visit! My next trip to Ireland, I will absolutely visit County Longford.”

Madison has released a number of songs and will soon be releasing her debut album.

For now, though, Longford people with an interest in this teen sensation with Longford roots can find her on Spotify, iTunes, with music videos available on YouTube.

She's got no tour dates in Longford just yet, but when she does, we'll be the first to know.