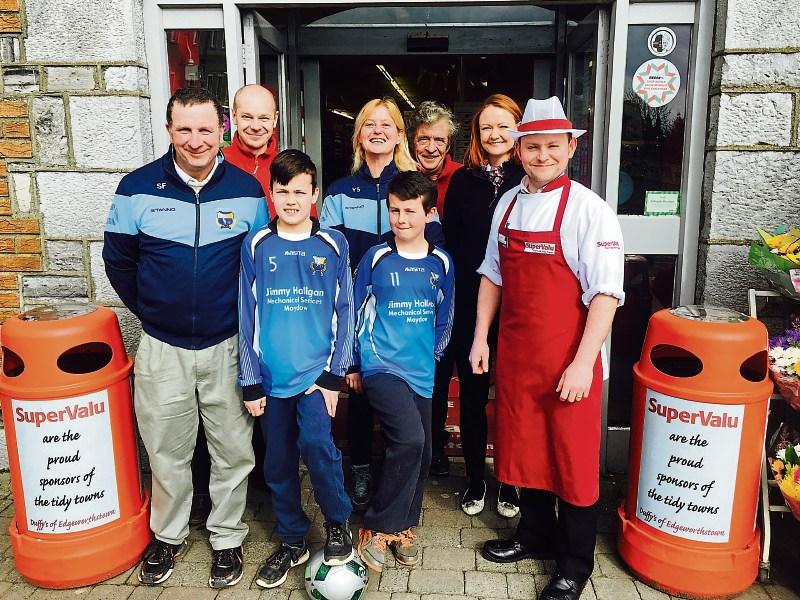 Ardagh Utd soccer club are gearing up for their eagerly awaited Mr & Mrs fundraiser in the local community centre this Saturday evening, April 1. The evening is kindly sponsored by Duffy’s  Super Valu in Edgeworthstown.

The show will present  a number of well known  local  couples and it follows the format of the successful TV show with each couple expected to answer questions about each other.

The couples will include Paul and Bernadine Victory with Paul of course the celebrated Longford inter county footballer of yesteryear. He tells us he was also a noteworthy soccer player but we’ve seen no evidence to support this!

While  his employers are the  main sponsors, there will be no favours on the night for Super Valu butcher, Nigel Gilchriest and his lovely wife, Patricia.  Other couples set to come under the spotlight on the night are Mary and Adrian Derwin;  Catriona and Donal Spollen and  Rose and Martin Campbell.

The night will have a truly international dimension however as it has been confirmd that US President, Donal Trump and his beautiful wife, Melania, have agreed to take part in the show but very strict protocol will surround their participation.

A spokesperson for the event said “it is shrouded in secrecy and we really cannot tell you anything about them.” Best to go along so on the night ands see America’s first couple in person!

All told a great night’s entertainment is assured  with the doors opening at 7.30pm and the event underway at 8pm sharp. Admission will be €10 per adult and there’s a very nominal charge of €2 per child. All proceeds will go towards the ambitious soccer club which is going from strength to strength.