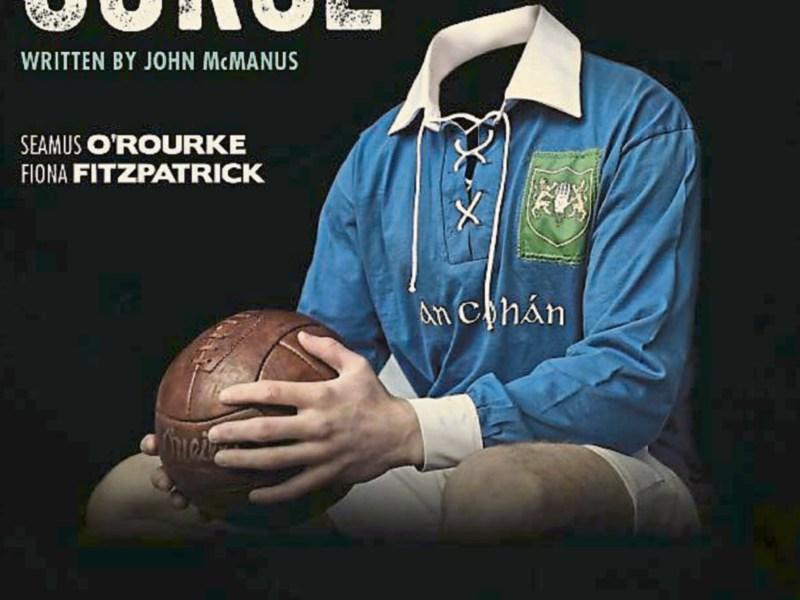 In 1951, Mayo won the All-Ireland and were celebrating the win as they passed a funeral. When they didn’t pay respect to the funeral, the priest cursed the team, promising them that Mayo would never win another All-Ireland as long as any member of the team was still alive.

That was 66 years ago, and Mayo haven’t won the All-Ireland since. It was this curse that inspired Cavan playwright John McManus to create his play, ‘The Cavan Curse’, which will be staged in Abbeylara Parish Centre on Friday April 7 next.

In ‘The Cavan Curse’, McManus imagines that same priest - or an elderly woman, depending on which version of the legend you believe - put a similar curse on Cavan after they won the All-Ireland in 1952.

Cavan hasn’t won since that date, and the play tells the story of the last remaining player from the ‘52 team, who is in a bit of a sports-related predicament now that the Cavan team has made it to the 2017 All-Ireland final against Kerry.

With his grandson playing on the team this year, Rua Smith, and elderly blacksmith played by Seamus O’Rourke, really wants to see Cavan win this year.

But, believing wholeheartedly in the Cavan Curse, he knows that his grandson will never win as long as Rua lives and breathes.

So, while watching the drama in Croke Park unfold on the television, Rua enlists the help of his grandson’s wife Sarah from Ballina, played by Fiona FitzPatrick, who has her own reasons for wanting the old man gone.

But being a Catholic, Rua worries he’ll spend eternity in Limbo if he follows through with his plan. The result is a witty performance in which Rua’s religion battles it out with his love for sport.

‘The Cavan Curse’ will play in the Abbeylara Parish Centre on Friday April 7. The show starts at 8.30pm and admission is €15.