Longford landscapes to feature in artist's 'Home and Away' exhibition 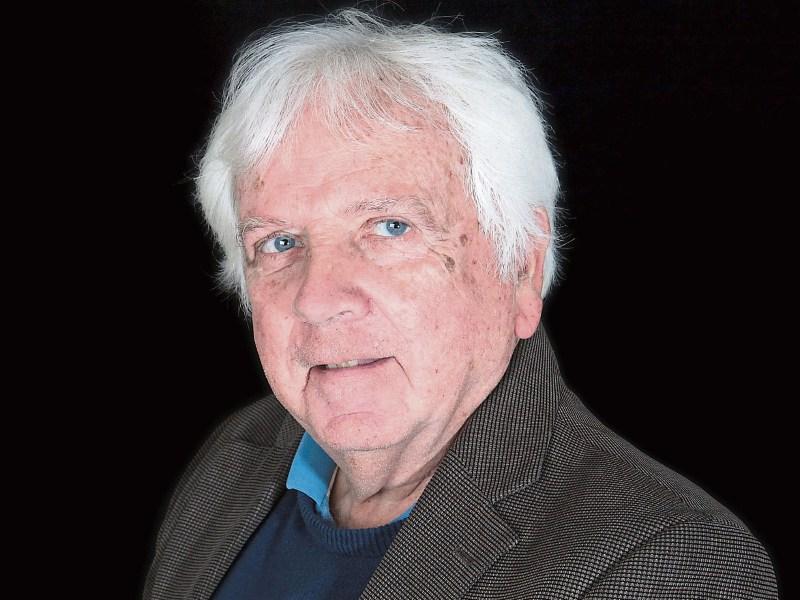 Painting and swimming are the two loves of Longford artist Pat Hourican, who is preparing to launch his exhibition, ‘Home and Away’ in the Longford Library this week.

The exhibition will feature 33 paintings, many of which will feature well-known locations in county Longford, scenes from around Ireland, and picturesque landscapes from abroad.

“I’ve painted along the Camlin River, going towards the Mall, and the Mall itself.

“There are other paintings of the cathedral from the grounds of St. Mel’s, and also of the old castle in Longford,” Pat told the Leader last week, referring to the castle that stood by the Barracks, and which has been knocked down and replaced by the Longford Town Centre.

Pat has also painted various scenes in Dublin, Galway and Connemara, as well as landscapes and street scenes across Majorca and Ibiza.

“Anywhere I go, I always have my watercolour kit with me. And I’ll go for a swim, and then get out and paint, and then go for a swim and then paint. It’s blissful if you get the fine weather for it,” he said.

“I go abroad nearly every year. I love Majorca - I’ve been there 8 times. I went there on my honeymoon.”

Pat is a big swimmer and has been doing the Christmas Day Swim since the 1970s. In fact, this year was the first year he’d missed in decades.

“This year gone by is the only year I haven’t done it, but if I had, it would have been my 37th consecutive year doing it. I do it with the sub aqua club and over the years, I’d say I’ve raised about €30,000.

“We have a young son in St. Christopher’s and a portion of the funds raised go there, so it’s a good cause, and I’d like to thank all the people who have been consistently giving me sponsorship every year.

“The hardest part of the swim isn’t the swim itself - that’s actually not too hard at all - it’s the collection part. So I’d like to thank those people for their generosity over the years,” he said.

Swimming is an enjoyable activity for Pat, who has often ventured to Blackrock in Salthill, Galway, where he sees people swimming “in all weather”.

“I’ve often been down to Blackrock in Galway and I see people who are much older than me getting in there and swimming every morning - I’m 71, but they’re all in their 80s. It’s good for the bone circulation.”

Many of Pat's paintings are of Galway scenes, with Connemara landscapes featuring in some images.

“I’ve only had a couple of exhibitions over the years and I’m 71 now,” said Pat.

“I would have liked to have more, but it’s very expensive to frame the paintings. I bought a frame for a watercolour painting recently and it cost me about €70.

“But you can buy the paintings with or without the frames. The watercolour ones are usually framed, but the oil paintings are on canvas, and don’t really need a frame. You can frame them, but they look good either way,” he concluded, adding that everyone is welcome to join him on the launch night.

The launch will take place on Wednesday March 29 at 7.30pm in the Longford Library.