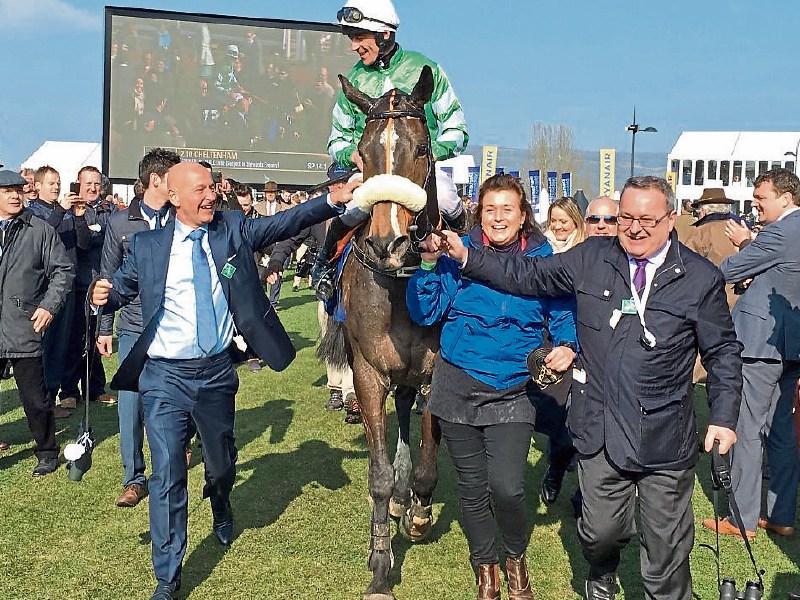 Lightning, they say, never strikes twice, but for Longford businessman Philip Reynolds, it did as his horse triumphed at last week's Cheltenham Festival.

For the second year in succession, Mr Reynolds found himself in the winner's enclosure as his six-year-old Presenting Percy came out on top in the  Pertemps Network Final Handicap Hurdle.

Fast forward a full calendar year and the son of the former late Taoiseach Albert Reynolds was grinning from ear to ear again.

Aided by the experienced Davy Russell, Presenting Percy held on in convincing style from second placed Barney Dawn at odds of 11/1.

“We were here this time last year and it was a dream come true, I can’t believe we’ve done it again,” he said.

“Pat Kelly is unbelievable, he has a 100 per cent strike-rate here.”

Mr Reynolds added he didn't hold out much hope for his charge after the handicapper handed Presenting Percy with an additional six pound burden.

“I gave my wife a present of this horse this time last year, hoping she could have as much fun as me.

“Davy (Russell) is unbelievable around here, a master.”

“We were very disappointed when the handicapper here gave us an extra 6lb after his win at Fairyhouse, we had to run that day and win to make sure we got in. I wasn’t sure we needed another six, but maybe Phil (Smith, BHA handicapper is right.”