Sean Rooney in 'All Shook Up' 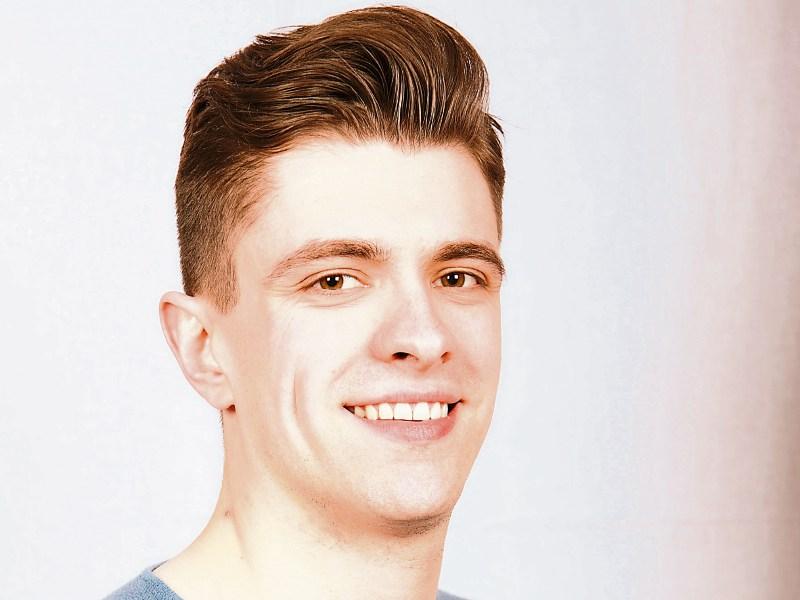 Local musician/songwriter Sean Rooney has created a major impact in local theatre ever since he made his debut with St Mel's Musical Society in 2010 when he featured as Sky Masterson in 'Guys and Dolls' and was cast as another male lead, the role of Curly McLain, in the 2013 production of Oklahoma!

Sean played the part of Perchik in ‘Fiddler on the Roof’ in 2015 and returned to take on the role of Lucas Beineke in ‘The Addams Family’ last year.

If ever a part was made for Sean then this is it, the leading role of Chad in the current production of ‘All Shook Up’. “This one, Chad, the kind of rock and roll, Elvis Presley type, I can really get behind that. It’s funny, the songs are great and the style is cool, that mid 50s rock and roll,” he said.

Concessions are available for the matinee on Sunday April 2nd (3pm) and also the 8pm shows on Monday 3rd and Tuesday 4th. As always, early booking is advised for the annual St Mel’s Musical Society production.  Booking through the Theatre Box Office: 043-3347888 and on line www.backstage.ie Tickets also available at Farrell Coy.

‘All Shook Up’ will be officially launched in the Longford Arms Hotel this Friday night, March 24, starting at 9pm, with an open invitation to all our kind sponsors to attend.

Well done to the members of St Mel’s Musical Society who were part of the ‘All Shook Up’ float that participated in the St Patrick’s Day Parade and promoted the forthcoming show.