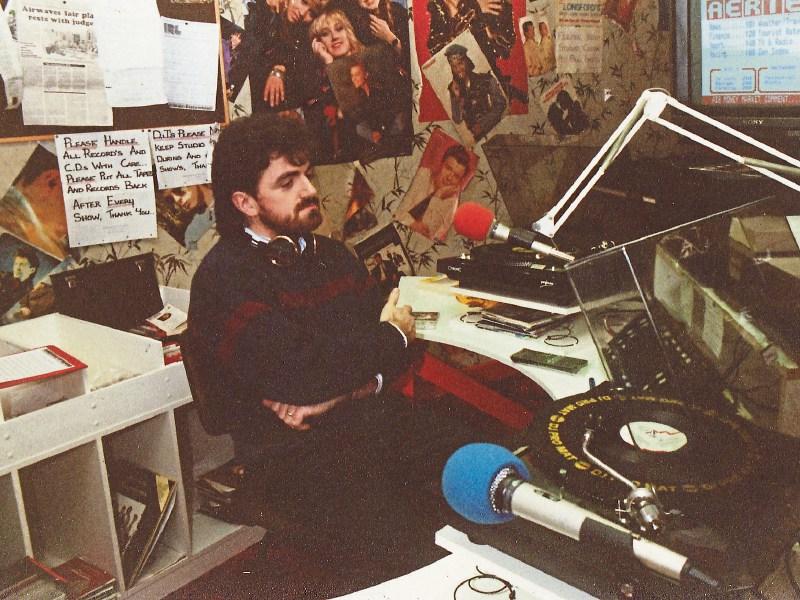 Radio has come on in leaps and bounds over the past number of decades, but one Longford man has been looking back to the 80s for  inspiration for a nostalgic documentary on the Irish pirate radio phenomenon of the 70s and 80s.

‘IRL: A Longford Pirate Story’ looks back thirty years to 1986 when Independent Radio Longford was broadcast from Longford town to the surrounding county and beyond, until December 1988.

It was produced by Michael Birmingham as a student assignment within the Longford College of Further Education’s Film and TV Production course and features an interview with founder of IRL, Gerry Conboy.

“What drew me to the idea was I myself had worked on all three Longford pirates, with IRL being the most professional of the bunch, having learned lessons from the previous two incarnations,” said Michael.

“But the story is really a homage to Gerry Conboy, who had the vision, contacts, financial sense and brio to carry it off.”

The Film and TV course was brought to Longford by Shane Crossan, who has provided opportunities to the people of the county  that were not previously available without travelling to Dublin.

“I couldn’t let [the opportunity to do the course] pass me by. We’ve been given numerous projects and assignments and on one were tasked with making a short documentary,” said Michael.

“I had wanted to tell this story for a long time, but wasn’t quite sure how to present it and do it justice. It was Shane’s class structure, teaching and direction that helped cement the jigsaw pieces in my mind to finally tell the story.”

“The most interesting parts were having to create ‘video’ jingles of the original audio versions, with only one existing station logo as a visual cue, and creating the photo montages to help tell the story, whilst keeping it interesting to those who had perhaps never even heard of the station - and also, making Gerry comfortable enough to tell his story without being over conscious of the camera or equipment,” he said.

Michael added that he has a newfound respect for filmmakers after learning how time-consuming the process can be. It took him a couple of weeks to produce the final 16-minute documentary, but for him it was an enjoyable experience.

“I’m basically a huge fan of radio, having broadcast since 1983. To this end, the advent of the internet has given me a new lease of life, offering me the ability to share old broadcasts,” he said, adding that he has been archiving a lot of radio broadcasts on www.mixcloud.com/michaelbirmingham1968 and ‘Radio Scrapbook’ on Facebook.

The documentary itself can be heard at: