Longford's Tony Wadd in 'All Shook Up' 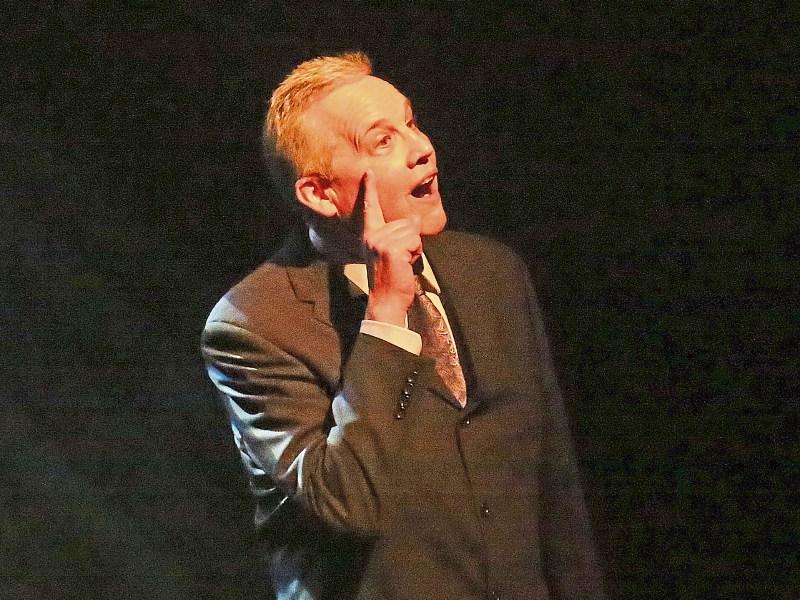 Tony Wadd has served St Mel’s Musical Society so well down through the years, both on stage and as a valued member of the committee, and is back performing yet again - this time as Jim Haller in the current production of ‘All Shook Up’.

The versatile actor has played many different roles in the Longford musicals, most notably as Bill Sykes to excellent effect in the 2014 production of Oliver! which was nominated for Best Overall Show in the Sullivan category.

Tony was ideally cast as Gomez in ‘The Addams Family’ last year, another demanding challenge he took in his stride, and just to prove that there is no such thing as a small part he appeared as the Constable in ‘Fiddler on the Roof’ in 2015.

‘All Shook Up’ will be Tony's ninth Longford musical and he started out as a member of the chorus for ‘Little Shop of Horrors’ back in 2008.

As always, early booking is advised for the annual St Mel’s Musical Society production.  Booking through the Theatre Box Office: 043-3347888 and on line www.backstage.ie Tickets also available at Farrell Coy.

The launch of ‘All Shook Up’ will take place in the Longford Arms Hotel on Friday March 24, starting at 9pm.