'Ah sure lookit!'-Today FM due for Longford Arms 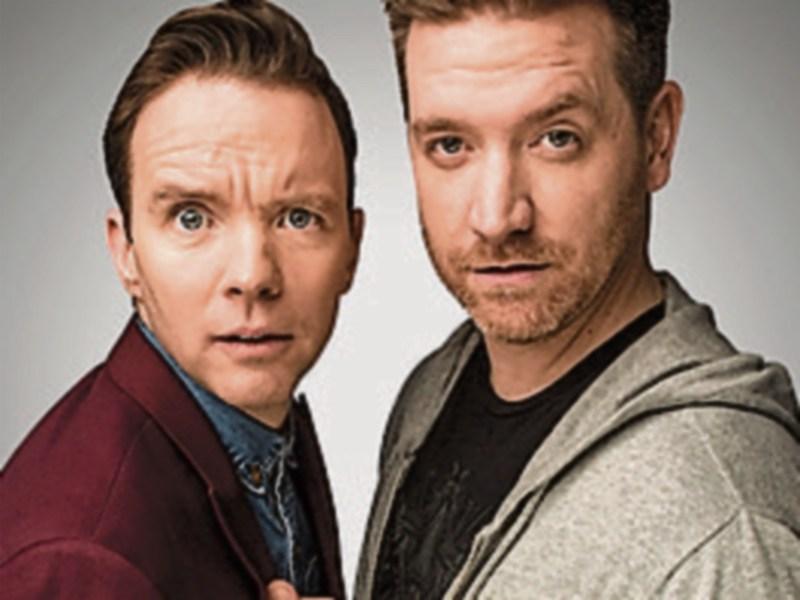 Popular Today FM comedy duo, Dermot Whelan and Dave Moore, will come to the Longford Arms on Friday April 28 with their nationwide tour ‘Ah Sure Lookit!’

The pair debuted their comedy show that the first Cork Comedy Festival in September of last year, before taking it to the Vodafone Comedy Carnival in Galway the following month. Both shows sold out in record time.

Now they’re on a national tour which will take in almost every corner of Ireland, with 14 dates scheduled for April and May 2017, including one in the Longford Arms, and a further 15 shows in Autumn.

Regular listeners of the Dermot and Dave Show on Today FM will be familiar with their weekly ‘Ah Sure Lookit’ feature where friend of the show ‘Mac from Carlow’ gives random clues and people are asked to guess what it is Mac is talking about.

But the comedy show itself actually has nothing to do with this weekly feature - the lads just like the name.

“Imagine a bonkers radio show that grows legs and arms and a head and starts firing out craic and waving its arms like an angry King Kong in that movie. Not even close,” said Dermot Whelan when asked what people can expect from their stand up show.

His co-star, co-presenter and co-host Dave Moore agreed and added: “It’s all our listeners’ favourite characters, stand-up, improvised comedy, music and an interactive gardening segment – what’s not to love?!”

Dermot and Dave can be heard having the craic, talking about “mad stories” and slagging each other and themselves on Today FM, weekdays from 9am to 12pm.

The duo previously presented the lunchtime slot on the station, but took over the mid-morning show from Anton Savage at the beginning of January.

But that wasn’t the only change made to the station’s line-up in January. Following Dermot and Dave’s move to the popular morning slot, comedian Al Porter joined the team, taking over their previously-held lunchtime slot.

Tickets for the April 28 show are €29 and  on sale from www.ticketmaster.ie. Tickets are also available from the Longford Arms reception.