Inspiring children's book that will appeal to many in Longford 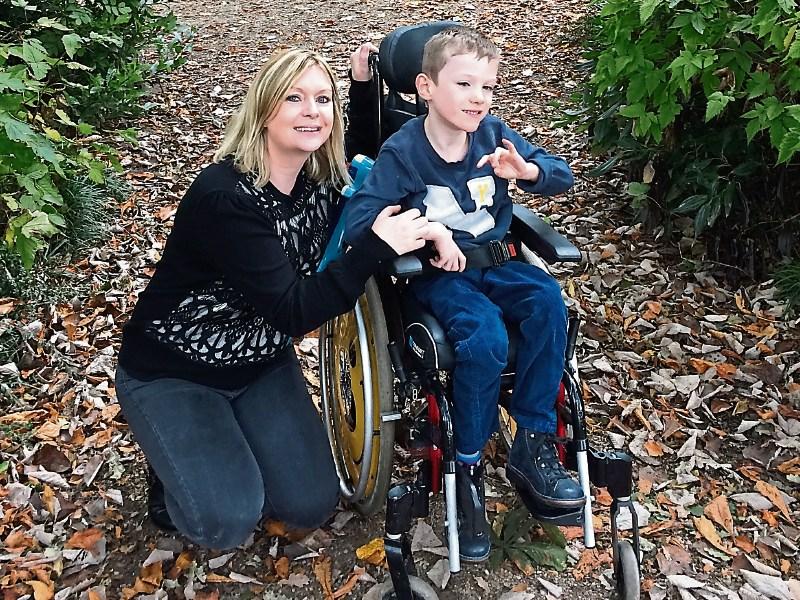 A county Kildare-based mother has written an inspiring children’s book which will hopefully help with increased understanding of children with special needs.

Amanda Kehoe, who lives in Newbridge, has written a book aimed at children, which she hopes will help children to interact better with their peers who have special needs and are non-verbal.

‘TJ and his Wheelable Chair’ is the story of a boy who cannot walk or talk. However, this does not stop him becoming involved in many activities as well as making plenty of friends.

The book was inspired by her son Tadhg, (aged 8) who has Cerebral Palsy and global development delay. Tadhg is also non-verbal.

Amanda is hoping to raise awareness through the book that it is OK to talk to and play with children like Tadhg.

“I have found that a lot of children do not know how to react when they see my son,” she told the Leader.

“There is a huge misconception about children who are non-verbal that they do not know what people are saying to them. A lot of times people tend to talk over my son rather than to him,” Amanda explained.

“I felt that by writing a simple story, from his point of view, that it might create questions from children that need to be asked and help parents and teachers to answer those questions,” she added.

Beautifully illustrated, this book should appeal to many parents and children in the Longford region.

Told in a series of rhymes, the book shows TJ having plenty of fun with his friends and participating fully in activities such as swimming and horse riding.

Amanda, who is married to Greg and has two other children, has a simple message to put across about her son and other children like him.

“Children of all abilities like to play, want to have friends and love having fun. Children with disabilities can learn so much from watching children play. Personally, I see how stimulated my son is around children his own age,” Amanda explained.

“I am passionate to share any knowledge that I have with children of a young age to help them understand that it is OK to talk, play or be friends with children of different abilities,” she added.